A survey conducted by the investment banking giant Goldman Sachs revealed that 40% of the respondents have exposure to cryptocurrencies, and nearly 41% of them have their own physical BTC.

Goldman Sachs itself is exploring crypto custody and has been hiring people for its digital assets team. The bank is also rebooting its Bitcoin trading desk for futures and non-deliverable forwards, which was first started in the bear market of 2018.

The survey further divulges that 61% of the respondents expect their crypto-asset holdings to increase over the next 1 to 2 years.

22% of respondents are actually very bullish on Bitcoin price, expecting it to trade above $100k within the next 12 months. Meanwhile, 54% of respondents predict the BTC price to be between $40-$100k during the same period. 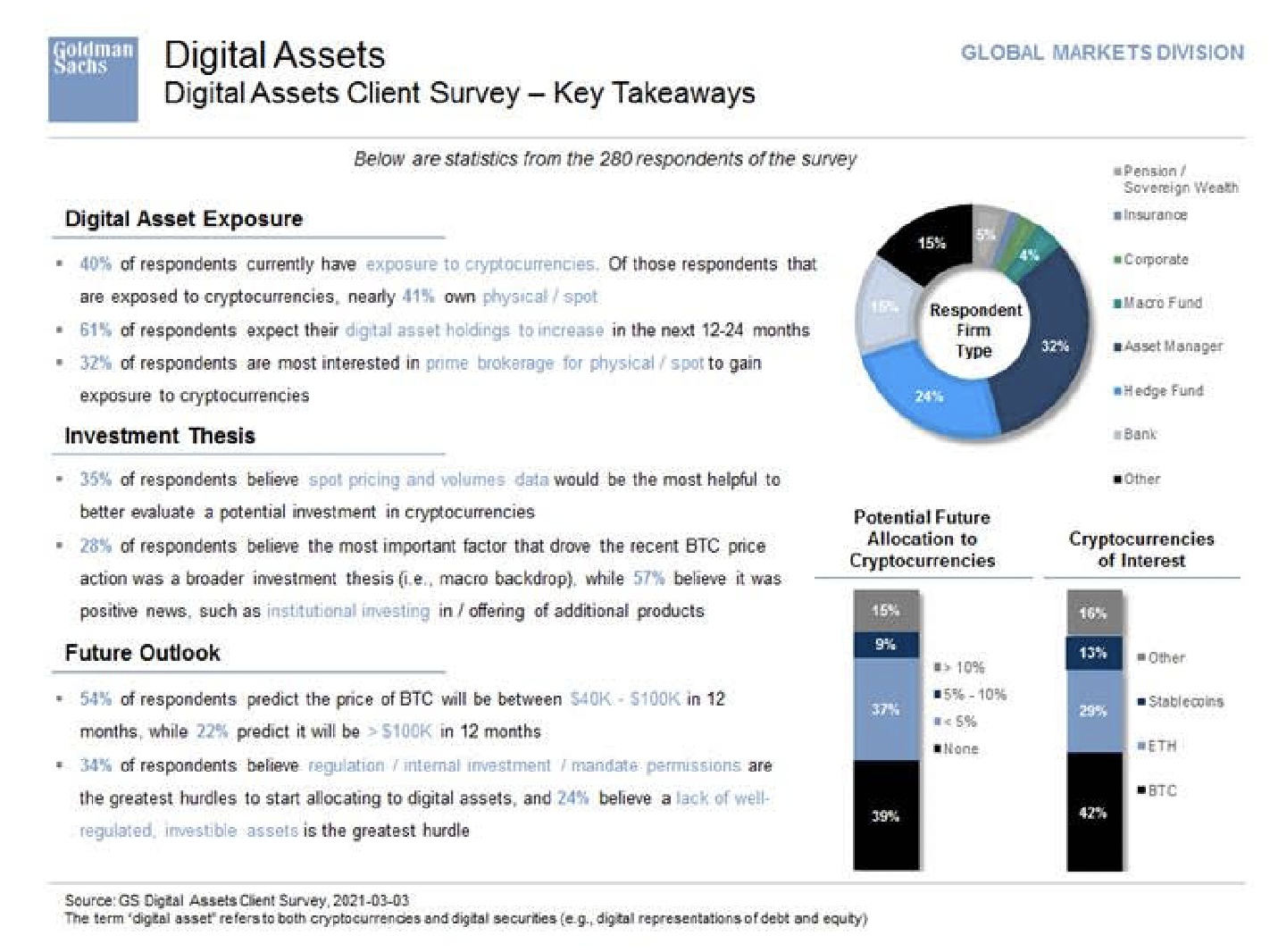 Currently, Bitcoin price is consolidating between $40k-$50k after hitting a new all-time high at $58,000 last month.

This week, JPMorgan also shared the finding of its survey of 3,400 participants that revealed an overwhelming majority, 89%, isn't involved in digital currencies. While 78% of them aren’t planning to trade or invest in digital assets in the future, 22% said they likely would. 58% of the institutional investors also said cryptocurrencies are “here to stay.”