The price of Ether might still be struggling around $200 but its fundamentals are screaming bullish. Post Black Thursday sell off, Ether has been seeing a net outflow (62% of days) from exchanges, which is a sign of accumulation.

Blockfyre charted several progress indicators for Ethereum against its price development since its genesis and the growth had them stating, “Ethereum is significantly undervalued at current prices.”

The first metric is development activity which indicates the health of the network that has been constantly increasing since 2014. Regardless of the price movement, the Ethereum foundation and its developers have been hard at work.

As we reported, the Ethereum usage is at its all-time high with the amount of gas used continuing to surge. Gas usage indicates the growing adoption of the Ethereum network.

“More than 60 billion gas is now being used on a daily basis — a sign that Ethereum blockspace demand has never been higher,” pointed out Spencer Noon, head of Digital Currency Group.

Interestingly, the increased usage of the network also caused the gas price to jump 300% since the end of April at 40 Gwei. On May 21st, it went up as high as 50 Gwei and is currently averaging around 37 Gwei.

The total daily active addresses are also at 380k, a figure not seen in over two years.

The mean dollar invested age that measures how long the Ether has stayed in an address before being moved has also been increasing since 2018. Recently, this metric also hit a new all-time high which shows investors accumulating and holding their Ether at these price levels.

What’s even more interesting is that the same accumulation behavior is seen in miners.

Ether miners’ balance is in an uptrend since its creation indicating even miners who are required to sell their ETH rewards to cover their expenses are preferring to hold their coins.

DeFi is already growing like crazy, now its users are starting to go parabolic. Currently, there are 178k DeFi users which is up from 90k five months ago.

Also, seven of the DeFi projects have more than $30 million assets under management (AUM) while a year ago there was only one such project.

The system is maturing rapidly and now becoming an “economic vacuum for all assets,” starting with Bitcoin as since May 1st, DeFi project WBTC has minted $25 million. In 2020, while the world went into chaos, Ethereum averaged 850k transactions per day, which is up from 580k in early January. This is three times more than bitcoin averages on a daily basis.

Moreover, “Ethereum is the only network besides Bitcoin that has a meaningful market for security paid in fees.”

But the most prominent growth has been seen in stablecoins, with more than $7 billion in fiat-backed tokens now issued on Ethereum. Over the past three months, a major demand for crypto dollars was seen in about $4 billion in new issuance. 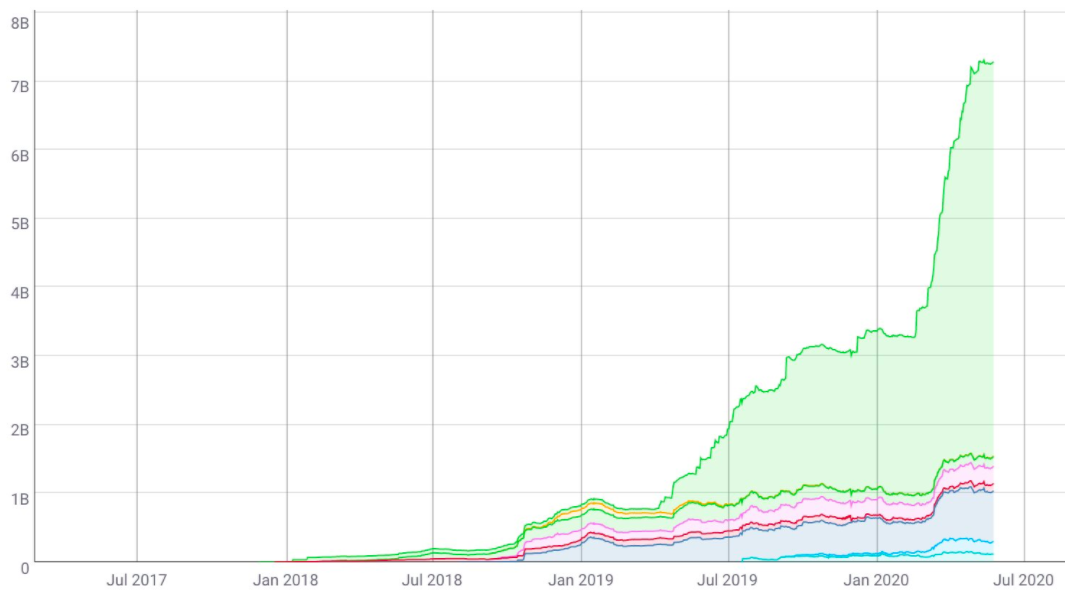 Adding to this bullishness is the 1 million new shares of Grayscale Investments ETHE product that has been issued in the past 3 weeks, noted Noon. This is a sign that institutions are showing an interest in ETH, he said.

All of this progress while Ether price is at two-year low are “very promising” for Ethereum Network and the prices.