Bitcoin’s dominance went up a lot this year, soaring above 70%. Now, a new study made by Arcane Research has shown that the actual level of BTC dominance may be considerably higher than most people thought. According to this new study, dominance can be over 90% right now, it really just depends on what kinds of metrics you are using. 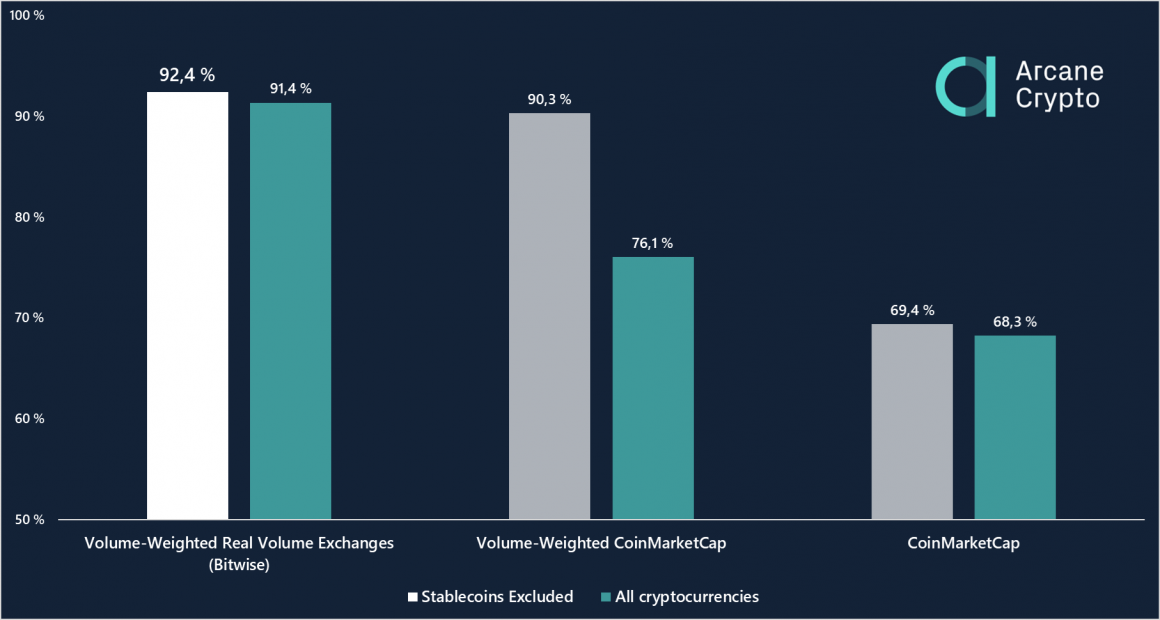 It was argued that to measure the dominance more accurately, someone should use the liquidity as well, not only the whole market cap. The researchers believe that it is easy to sell the tokens at their official prices when you only need to sell a few, but what if you needed to sell a million tokens? Is there enough liquidity? This is the main question.

So they used trading volume to indicate liquidity and recalculated the market cap. Bitcoin’s dominance went through the roof, figuring at around 90%. Despite other tokens also being valuable, most of the time only Bitcoin is being traded.

Altcoins were removed from the study, though, as the researchers believe that they are not really competing directly with cryptocurrencies that have their own intrinsic value.

Will Altcoins Cease To Exist?

Now that it was proven that the dominance of BTC is even higher, will altcoins be doomed? Some people, such as the famous trader Max Keiser, have affirmed that the era of altcoins and hard forks was over and that only Bitcoin was the future.

It is, however, hard to tell for certain what will happen, as it depends on many variables. It does not look like any other crypto will topple Bitcoin, but there seems to exist space for more assets.

Binance’s Has Been Blacklisted in Russia Since Sept; New Ruling Removes the Restriction

Bitcoin Bears Back in Control; Is $20,000 BTC Really a Possibility?