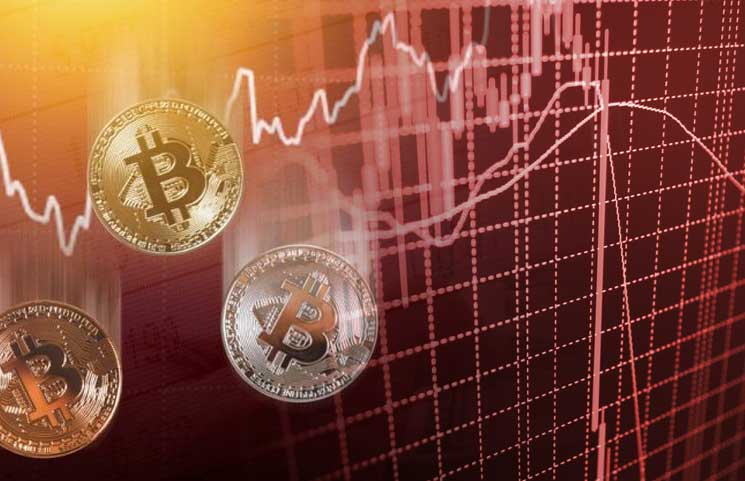 Bitcoin Reaches A New Low For 2018, Followed By Drop Of Altcoins

The lack of stability that presently exists in the market is a sign that Bitcoin may not be done falling at all. In fact, analysts believe that reaching the psychological price level of $3,000 is imminent, so it seems to be just a matter of waiting.

An analysts at Daily FX, Nick Cawley, spoke on the price action, considering the technicalities of the coin and the market, saying it is headed for $2,970. He explained,

DonAlt, a user on Twitter that is known for his work as a crypto analyst as well, said that he believes a $2,000 price level is more likely. However, he also advised investors that the best time to buy would be around $2,700. He added,

“As BTC is approaching the target of the 2014 fractal the targets of most people change from 3k to 1k and even lower. I still think 2.7k is an excellent place to buy if we should go there.”

Throughout the lifetime of the market, the altcoins almost always follow Bitcoin down the unfortunate slump, and this time is no different. Bitcoin Cash and Stellar Lumens are apparently at the top of that list, according to NewsBTC. Bitcoin Cash is down to $82.12, which is a new low for them as well. Bitcoin SV is at only $74.62, following almost an 11% loss. Stellar Lumens is trading at almost 10 cents, experiencing an 11% loss in the last 24 hours.

XRP seems to be one of the few altcoins that hasn’t hit their rock bottom price for 2018. Their low was $0.24, as of August, and the present price is $0.28 at the moment. However, since it has already fallen by over 5% in the last 24 hours, it may not be safe either.

Unfortunately, as the market nears closer to the anniversary of Bitcoin’s highest high on December 17th, it looks like this birthday will be woefully lacking in celebration. However, the coin can change at any time, which is an optimism held by long-standing investors in the digital asset.

By the time this article was completed, the new Bitcoin price had gone up by $0.10.