Continuing from yesterday’s losses, Bitcoin is back on a decline today.

Going as low as $17,640, there has been a difference of $10 to $50 in BTC prices on different cryptocurrency exchanges.

“We reached the current level for BTCUSD on November 18th and have consolidated to the point where the middle band has caught up with price. Normal market action so far. Let's see if support can hold here,” said John Bollinger, the inventor of Bollinger Bands.

This week’s drop in price coincides with the largest uptick, 0.08%, which represents 14,852 BTC worth $278.5 million, in Bitcoins supply moving to exchanges in 5 weeks, as per Santiment.

Good morning Europe!!#Bitcoin just kissed 18k in the Asian session. If it breaks next support is 16.5k. Let's hope it holds and blasts through 20k. pic.twitter.com/UicEe3jyJz

These losses came after the relatively quiet past week, following a crazy few weeks of upward momentum, which is seen as a healthy sign as the overly confident market dampened.

It can also be seen in futures premiums and funding rates cooling down, signaling a healthier state than last week’s over-leveraged environment.

As a matter of fact, Bitcoin’s Reserve Risk is still low, suggesting that the bull market is just getting started and there is an attractive risk/reward to invest.

Meanwhile, the number of Coin Days Destroyed is gradually increasing, which means that longer-term holders are selling off their BTC.

“This sell pressure generated by longer-term holders is currently depressing BTC's price, keeping it from breaking out above $20k,” noted Glassnode. As long-term holders realize profits, sideways or downwards price movement can be expected, which we have seen since last week.

Bitcoin’s losses also have altcoins falling hard; XRP has been hit the hardest among the top 50 cryptos. Other altcoins, meanwhile, are down between 3% to 10%.

But is Bitcoins’ correction over? According to the SOPR metric, which is a useful indicator to signal when a pullback has finished by measuring the profit made by investors as they offload their coins, it isn’t.

SOPR needs to reset to zero before a correction is complete because investors in a bull market do not like to sell at a loss rather HODL; thus, alleviating the selling pressure allows the bullish momentum to continue. 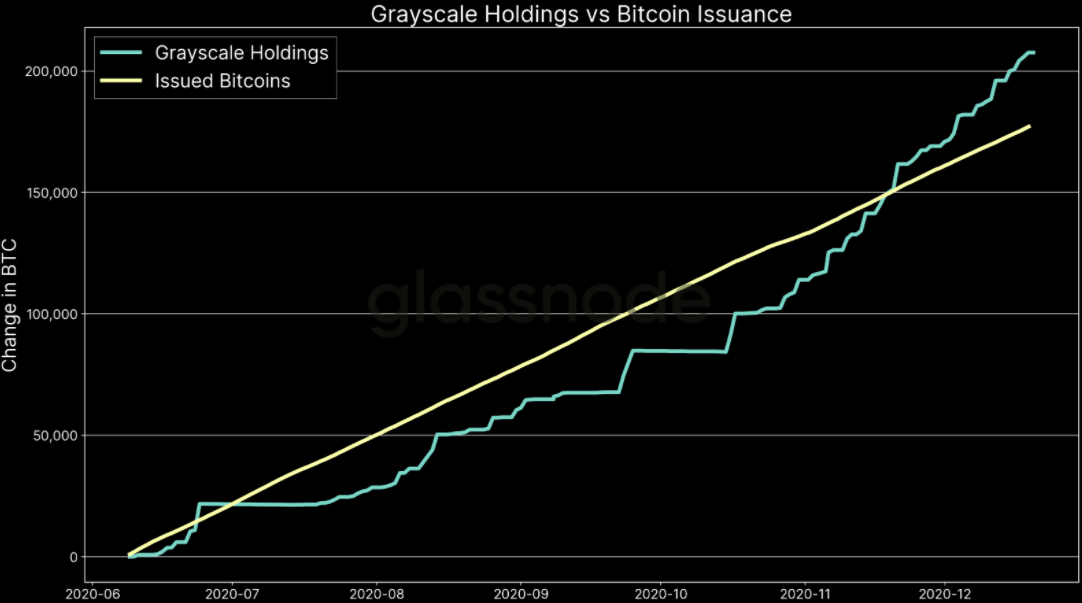 According to Santiment’s Opportunity vs. Danger Zone Model, both Bitcoin and Ether “are only in a slightly bearish range after being heavily in the danger zone most of the past 2 weeks.”

During the last bull cycle when Bitcoin tested all-time highs, it also took 7 days for SOPR to trace, but “this one is likely to take longer given the nature of the month-long run-up, maybe 2-4 more weeks,” said on-chain analyst Willy Woo.