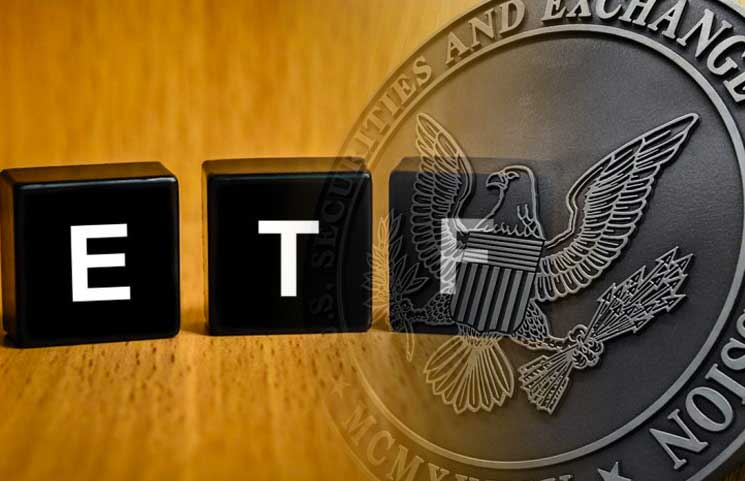 Bitcoin ETFs Have At Least One Supporter at the SEC

The United States Securities and Exchange Commission (SEC) has denied every single bitcoin ETF proposed to date. At least one SEC Commissioner, however, has been vocal about dissenting from her colleagues.

SEC Commissioner Hester Peirce made headlines across the cryptocurrency community earlier this summer after the SEC denied the second bitcoin ETF proposal from the Winklevoss twins and their Gemini bitcoin exchange. In the aftermath of that decision, Peirce issued a statement where she dissented from her colleagues. She disagreed with the SEC’s decision to deny the bitcoin ETF.

Since then, Peirce claims she’s been called “CryptoMom” by the bitcoin community for her support of the industry. She’s the only SEC commissioner who has publicly issued a statement about bitcoin ETF approval.

According to Peirce, the SEC is stifling innovation by denying bitcoin ETFs. They’re telling investors and startups to avoid the United States because of unclear regulations. Why would someone start a blockchain or crypto company here when one of the nation’s regulatory authorities can’t provide clear regulations on bitcoin?

Last week, Hester Peirce clarified her stance on bitcoin and cryptocurrency during a speech at the Cato Institute’s FinTech Unbound Conference in San Francisco. During that speech, Peirce described how the SEC was being like a “helicopter parent” to American investors. Peirce explained that many helicopter parents are overprotective of their children, and that this attitude can harm children in the long run. In a similar way, the SEC is preventing investors from accessing crypto in a safe, and regulated way. Peirce explained that risk is always a part of investing, and that the SEC isn’t a final arbiter of which technological innovations are worthy of investors’ attention.

You can view a transcript of Peirce’s speech here.

Why Does The SEC Keep Denying Bitcoin ETFs?

So far, the SEC has denied all 20+ bitcoin ETF proposals that have come across its desk. The SEC rejected a bitcoin ETF proposal from the Winklevoss twins earlier this summer. Then, in late August, the SEC denied 9 separate bitcoin ETFs before retracting that decision “for further review” within 24 hours.

The SEC has denied all of these bitcoin ETFs for similar reasons. The SEC’s denials boil down to two main concerns:

As you can see, these concerns aren’t with bitcoin itself, nor are they a concern with the way the ETFs are structured; instead, the concern is with bitcoin markets.

The SEC is also arguing that there isn’t enough institutional oversight to prevent these issues from affecting investors. The ETFs don’t have enough safety provisions built-in, for example, to ensure investors are safe.

Peirce has taken a different approach to bitcoin ETFs. Peirce is careful to note that her comments on bitcoin ETFs reflect her own opinions – not the opinions of her employer.

In public statements on Twitter, releases on SEC.gov, and speeches at various conferences, Peirce has made her stance on bitcoin ETFs clear.

Peirce argued earlier this summer that she would have allowed the Winklevoss Bitcoin Trust ETF to begin trading. She believed the ETF met specific regulatory requirements like Section 6(b) of the Securities Exchange Act of 1934, suggesting that the rest of the SEC has misunderstood the requirements related to fraud and manipulation.

According to Peirce, exchanges like the NYSE Arca – one of the main exchanges where some of the proposed bitcoin ETFs are expected to be traded – have rules that require a bitcoin ETF to meet initial and continued standards for being listed on the exchange.

Peirce also believes that registered market makers would have to take steps to deter manipulation. They might limit certain types of trading, for example, and make records transparently available to the exchange and regulators. The NYSE Arca would have the ability to protect investors from such problems and Peirce believes that the NYSE Arca would do everything in their power to do so.

Peirce also believes that the SEC is discouraging innovation. By continuing to waffle on bitcoin ETF regulations, the SEC is encouraging startups to look elsewhere. Why found a company in the United States when the SEC hasn’t given clear regulations?

The SEC is also stifling innovation by encouraging investors to work in unregulated, unsafe marketplaces to participate in crypto. There is clearly demand from investors to get involved in crypto, and the SEC isn’t making it safe or easy for investors to do so.