Interestingly, Bitcoin underperformed against altcoin indexes over the past three months but gained speed last month.

Past month it's outperformed, as expected.

Still though, alts have held up way better than I would have thought here. pic.twitter.com/nrr7Jit0oN

As per In/Out of the Money Around Current Price (IOMAP) indicator, there is a minor level of resistance present for Bitcoin between $6,920 and $7,125, a region where 374k addresses are holding 254,000 BTC. According to IntoTheBlock, this means the Bitcoin price could go higher.

Meanwhile, the biggest level of support is located between $6,300 and $6,700 with 1.45 million BTC held by over 2 million addresses. In the near future, this indicates bitcoin could keep on going higher and not fall below $6,300.

While bitcoin might be signaling a higher move, global stocks are showing renewed weakness. This is after Thursday's stock market gains came despite the highest initial jobless claims report in American history.

Stock market to continue down while bitcoin rises might work in the narrative “we all desire” that is the world’s leading asset being an uncorrelated asset but trader Scott Melker points out, “Bitcoin has nearly doubled from its lows. The stock market is up 16% from its lows,” which is not the same. Melker said,

“Bottom line: if (big if) Bitcoin continues up and global markets continue down, believers will finally have an argument for crypto as a safe haven and hedge against global meltdown. And it will get EVERYONE’S attention. That’s what we want. More buyers.”

Bouncing off the market bottoms

On-chain fundamentals are also showing a trend reversal as the metrics that typically highlight BTC market tops and bottoms bounce out of zones that historically signaled market bottoms.

For the starters, the small number of large transactions that we have been seeing following the BTC price drop is now back to large numbers of smaller transactions, signaling a normal trading activity.

When BTC price crashed in March, these metrics fell into the “market bottom region” indicating a good time to buy but they are now moving out of those lower ranges. 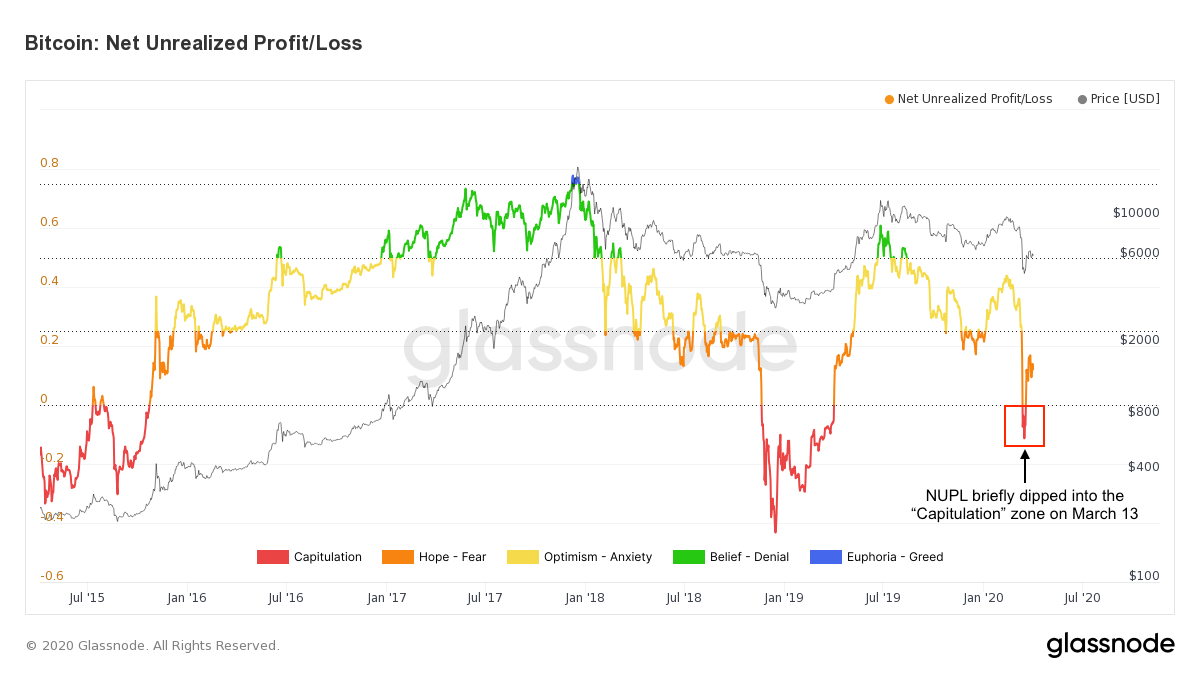 Net Unrealized Profit/Loss (NUPL), the difference between the current price and price at the time BTC was last moved, went below zero after the price crash. The metric falls into the red zone when the market reaches a cyclical bottom and remains in this zone for several months before retracing.

For the first time, however, NUPL fell into the red zone this close to the halving which provides “hope that this ice age may not last as long as previous ones.” 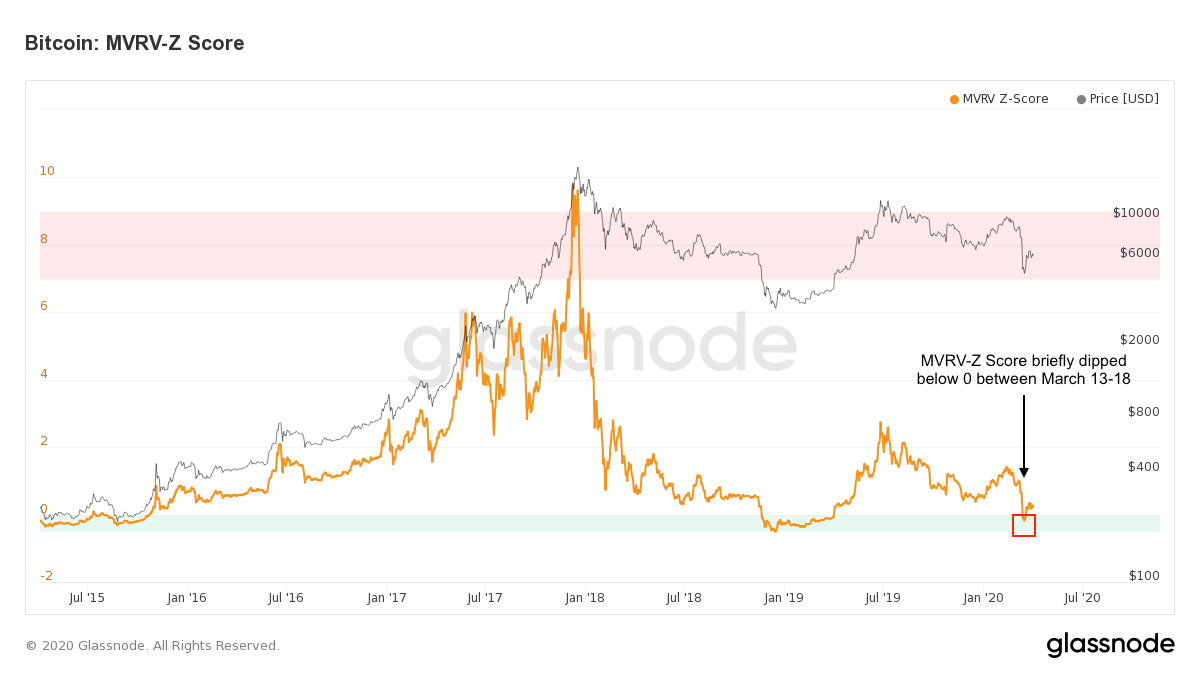 MVRV-Z Score metric which is used to assess when BTC is over or undervalued dropped below zero in late March for the first time since late 2018 and early 2019 signaling the market bottom.

Data provided by Bytetree also shows that fees as % of miner revenue spiked during the recent market adjustment. Fees, a good indication of network demand increases during bull markets when activity is at its highest. In March, it surged 5% of daily revenues, last seen in July 2019.