Bitcoin Price Jumps 9.7% But All Patterns Point to the Same Thing

Currently, BTC/USD is trading at $7,464 with 24 hours gains of 1.84% as per Coincodex. The trading volume has also seen a slight increase to $414 million from less than $200 million earlier this week. The 7-day average real trading volume has been slowly trending upwards since October as well. 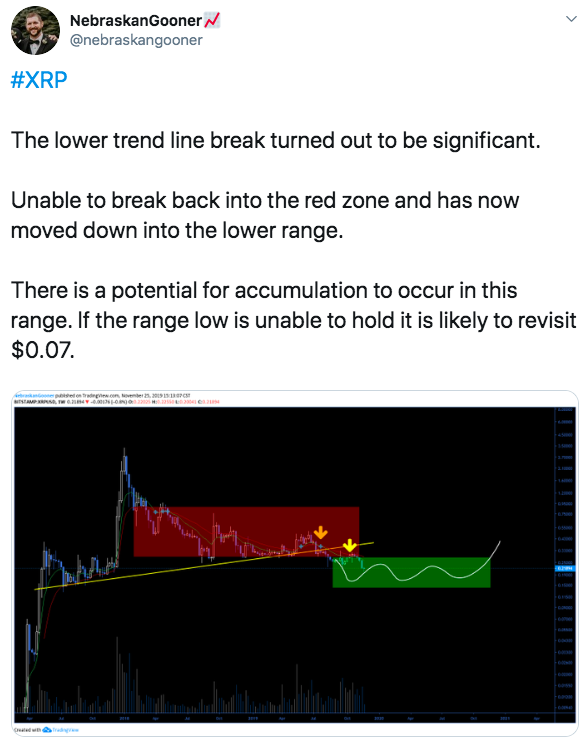 “The technical pattern does look more bullish but the fact that it was a spike that carried it over, rather than more gradual growth is a bit suspicious. Now we'll need to see how it closes,” wrote Mati Greenspan, founder of investment firm Quantum Economics in his daily newsletter.

If BTC closes above these two moving averages, a trend shift might be on the line but if not, $5,000 is the most likely area next. And then, we could be looking at a bottom early next year.

Interestingly, 10,000 BTC has been added to the longs in the last 10 days on Bitfinex, which is an increase of 43% and pushing for the ATH levels.

“The steady rise after months of sideways makes me wonder if this is a single party trying to DCA in heavy,” said trader Jonny Moe about these longs.

Bitcoin price might have seen some relief but it isn’t a guarantee that bulls are back in the market.

“If we need to capitulate, I don't think it will happen now. More probably we will retest key resistance 7860-8090, and upper boundary of channel,” said analyst and trader CryptoWolf.

Some interesting confluence here in the low $6,000s on $BTC.

Falling wedge, descending channel, long term macro trend, and a major prior horizontal support/resistance level whose breakout led to the summer mini-bubble in May.

All pointing to the same thing. pic.twitter.com/8lt8GSqTu7

Wall Street is also looking good following a report that the US and China are moving closer to agreeing on the number of tariffs to be rolled back.

After losing 457 points at one point on Tuesday following President Donald Trump talking about waiting until after the election before making a deal with China, the Dow Jones Industrial Average rallied Wednesday. Nasdaq and S&P 500 also pointed to sharp gains.

BTC Tumbles Back Under $48k, Twitter CEO says No Single Person or Institution can Change or Stop Bitcoin