While cryptocurrency has stayed around for the last ten years, mainstream media has continually focused on the shortcomings of the industry, especially as Bitcoin took a fall recently. In a 23% fall this week, this top cryptocurrency dropped as low as $6,515. With this selloff, the media has all the ammunition that it needs to blow apart Bitcoin.

Forbes, for example, highlighted the falling prices of Bitcoin this week, earning over 200,000 views with their headline on the cryptocurrency – “You Don’t Need It.” The writer said that Bitcoin will only be able to succeed as the result of the failure of central banks, equity markets, and gold first, which just indicates the lack of understanding in this industry.

However, there’s a lot that mainstream news websites aren’t taking into consideration. An article by CCN recently took the time to shed light on three key concepts that mainstream media seems to be missing about Bitcoin.

“Bitcoin Is an Uncorrelated Asset.”

Bitcoin presently is not attached to any other specific asset, like stock or gold, and there’s substantial information to support that statement. For instance, a report from CoinMetrics stated that there seems to be a lack of correlation between S&P 500. Recording data over a five-year period, there were only a few times that the asset classes appeared to correlate, but that data isn’t enough to suggest that the two numbers actually correlate.

While gold and Bitcoin seemingly have a positive correlation that spans across a few years, the correlation is low and doesn’t hold much significance.

For the most part, Bitcoin isn’t correlated with the stock market or gold, which means that the price of Bitcoin wouldn’t likely be affected if one of those markets tanked or even saw massive success. Regardless of the ways that the markets of other assets perform, Bitcoin remains independent.

“Bitcoin Does Not Respond to Central Bank Policies.”

The decisions of the Federal Reserve haven’t had much of an impact on the top cryptocurrency, even though financial mainstream media appears to think it does. For instance, the media seems to think that Bitcoin’s “rocket fuel” is the massive buying of Treasury notes, adding that cryptocurrency appears to be a hedge against the paradigm implemented with central banks. As CCN points out, nothing is further from the truth.

The federal authorities have reduced the interest rates three times in the last few months alone, as the central bank has been expanding on the balance sheet. Bitcoin was dumped by 33% during that time, confirming that any influence from the federal government isn’t nearly what mainstream media claims. 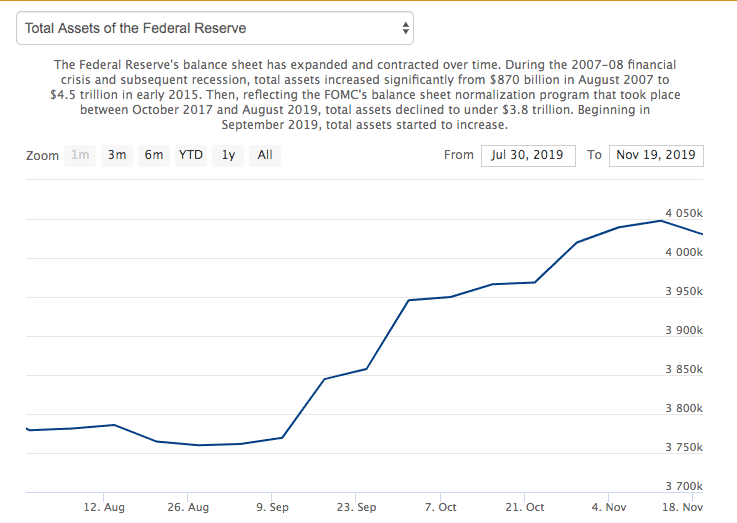 “Bitcoin’s Payment Settlement is Light years Ahead of Traditional Methods.”

The big focus from mainstream media regarding Bitcoin and other cryptocurrencies seems to be on the prices and volatility of these assets. The fall of Bitcoin has been one of the hottest topics for news articles, but the use case of the top crypto asset was essentially ignored.

On Monday, for example, a massive transfer worth $310 million sent 44,000 Bitcoin to another wallet with only a $0.32 transaction fee. While Crypto Twitter was paying attention, it seems that mainstream media simply didn’t. A transfer of this value on Western Union would come with a multi-million-dollar fee, which means that using Bitcoin instead would save consumers tons of money. Unfortunately, mainstream media seems unwilling to even broadcast how the digital currency could help consumers, furthering the narrative against it.