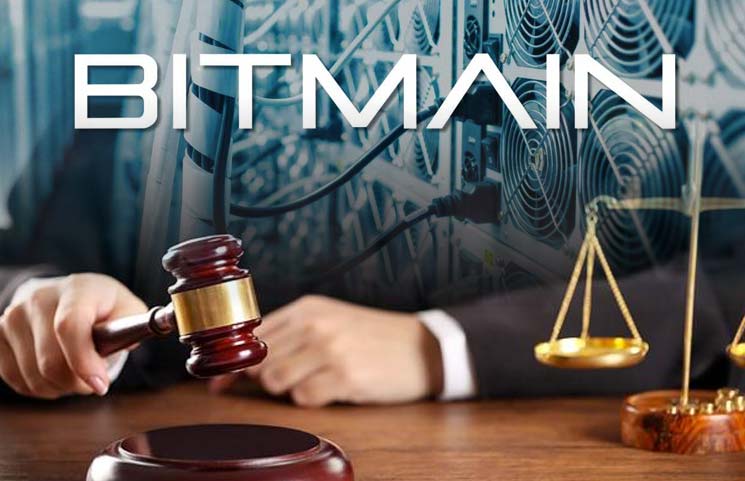 Blockchain and cryptocurrency are, at their core, businesses and as such, there is a lot of competition and infighting between those that are involved in it and this is for the most part perfectly normal.

As such, it is not unusual to see a lawsuit being thrown about and accusations of deceit between current or former business partners.

The latest of these is a legal battle that is going on between Bitmain, the cryptocurrency mining giant, and three of their former employees who the claim started a rival mining pool and violated the terms of their contract.

Their argument is that the pool was founded by three former employees of Bitmain who violated their non-compete clause in their employment contract and now are being sued for $4.3 million in damages.

The employees have, however, denied any wrongdoing and have claimed that Bitmain invalidated their contract when we did not pay them their compensation at the agreed time. While this case is mostly business-related, it does there a glimpse into the inner workings of a company as large as Bitmain on the complexities of crypto mining as a business.

The History of the Case

Bitmain as a company makes most of its income for mining equipment, according to official documents but also operating mining pools in which miners pull together to mine cryptocurrency and split the rewards.

This is a rather lucrative business model as mining brought them $43.2 million in the first half of 2018 compared to the $2.7 billion which came from hardware sales during the same time.

Currently, three lawsuits are pending in a Beijing district court and three are from Bitmain’s former employees who now work for Poolin- CEO Zhibiao Pan; COO Fa Zhu; and CTO Tianzhao Li have sued Bitmain claiming that they want to be released from their non-compete.

The other three lawsuits are from Bitmain who countersued them and claimed that they had lost the company money by leaving them and then opening a direct competition in the form of Poolin. Bitmain is seeking millions in damages and also for the executives to begin honoring their non-compete agreement.

The heart of the disputes, in this case, is regarding the roles that the Poolin founders played in founding btc.com as well as their non-compete agreements. According to official media reports, the three proposed the launch of btc.com at the parallel service with Bitmain while they were still working on the original mining pool, AntPool.

The idea was not initially supported the three developed and rolled out their own using Pan’s capital and in 2016, they open-sourced btc.com which helped reduce the threshold for those who want to launch a mining business.

Under the terms of their employment, Pan was to receive compensation following his departure for a period of 24 months and would be prohibited from operating a Bitcoin mining pool while the other two would be given compensation which has not been yet revealed.

They then went on to launch Poolin in November 2017 and while it initially started as a mining pool for various crypto assets they then launched a service for bitcoins in July 2018 and has since grown to be the seventh-largest mining pool based on hash rate.

The argument being put forward by Bitmain’s lawyer is that the revenue generated from mining bitcoin and other cryptocurrencies account as profit and this is a violation of the agreement.

They also stated that the transaction fees being made by the company did not indicate profitability as prior to the hearing itself the company had not yet started turning a profit at all.