Bitcoin has dropped almost $100 on February 25 after being traded close to $3,900. This Bitcoin price decrease can be related to the fact that $41 million have been liquidated on BitMEX.

According to the Reddit user Coinsmash1, this liquidation moved Bitcoin’s price $100 down, equal to 2.5% of its price in just a few minutes. Moreover, bitcoin lost more than $1.5 billion market capitalization during the same period of time. 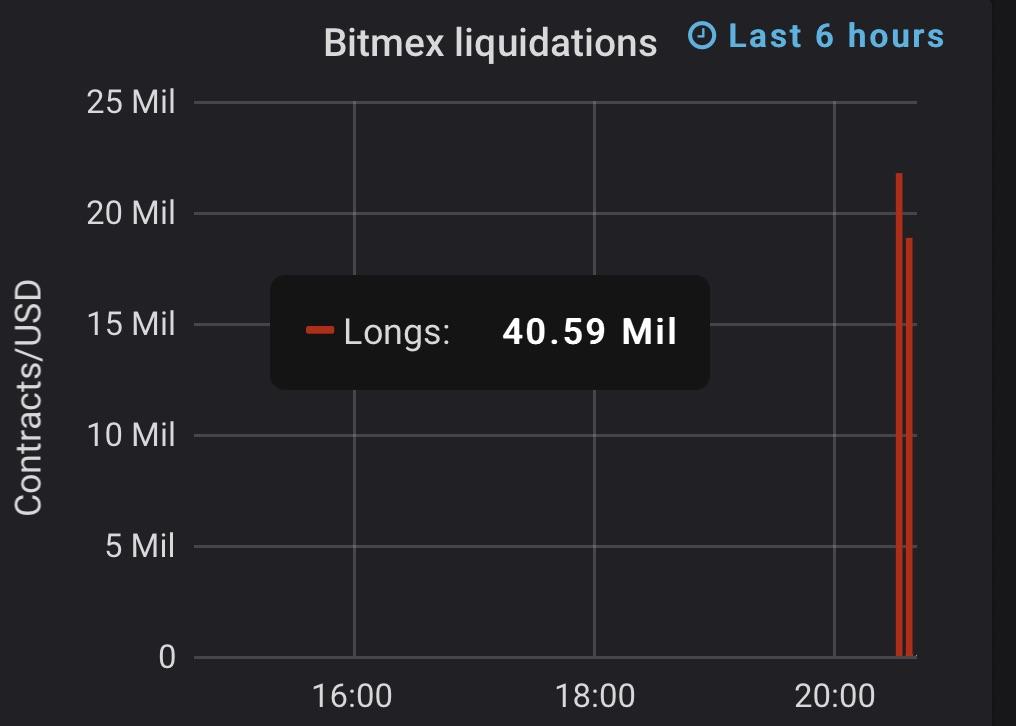 As per the Reddit user, $41 million went margin long. Taking the average leverage of 20x, that could have cost a trader $2 million or between 500 and 600 BTC. Users can see the data regarding shorts and longs on Coinrivet.com.

Now, bitcoin is being traded around $3,804 and it has a market capitalization of $66.82 billion. Every single digital asset among the top 10 is currently falling with the exception of EOS and Binance Coin (BNB). They are growing by 0.94% and 2.76%, respectively.