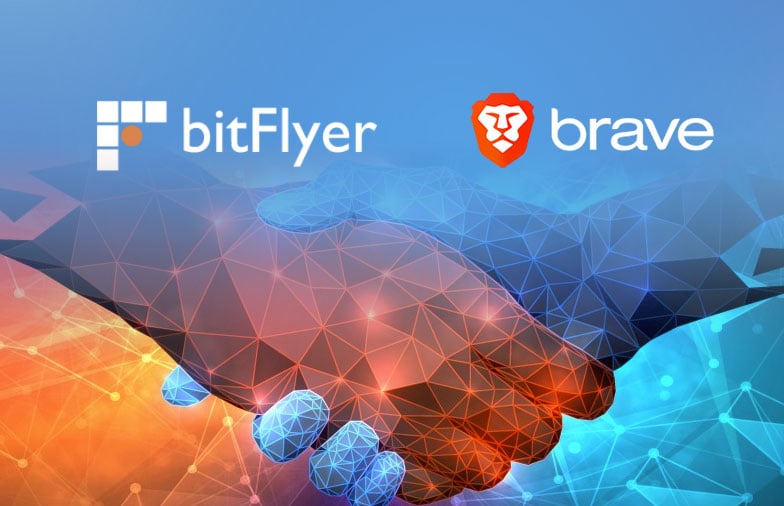 Brave is slowly making its way into the Japanse market while leaving no stone unturned in obtaining popular appeal.

The largest crypto exchange in Japan, Bitflyer, has partnered with the privacy and crypto-focused Brave browser. The partnership would see the development of a crypto wallet for Brave browser users. This alliance would also help Brave to tap into one of the fastest-growing crypto markets in Japan.

BitFlyer, in its official statement, said:

“Brave is the BAT connected browser, and browsing is an everyday activity. It will be a new opportunity for users to use and earn cryptocurrency. We see it as a new model case to show the potential of cryptocurrency […] We want to make people feel more familiar with cryptocurrency through the partnership with Brave.”

The development of a crypto wallet by the exchange and browser could change that and allow Japanese citizens to earn in BAT.

Without many revealing details being released, the official announcement did mention that further information would be revealed during an event in Tokyo on July 30. A spokesman from Brave hinted that speculation over the upcoming wallet might be correct, he said:

“At this point, we are using ‘points’ to reward users, but there are some limits. [Through the partnership], we think it may be possible to go beyond that.”

Brave is slowly making its way into the Japanse market while leaving no stone unturned in obtaining popular appeal. Last month it partnered with BTS – the famous S.Korean pop band – and the esports team, Rush Gaming, to develop a browser exclusively for Japanese users. Rush Gaming users can earn BAP, which they can use to support the team.

Over the past couple of months, several Japanse crypto exchanges have listed Brave’s BAT token for trading, and Brave wants to bank on this push. News coming from the company also suggests both BitFlyer and Brave would launch a joint marketing campaign to make people aware of cryptocurrencies and blockchain.

Facebook
Twitter
Telegram
ReddIt
Linkedin
Email
Previous ReviewXRP Gains a New Investor as Market Frenzy Brings in New People
Next ReviewHot DeFi Token, Which is Up Over 800% In the Past Year, is the Latest Addition on Binance