In an email sent out to Cred customers, first made public by Coindesk, the decentralized lending platform confirmed they “experienced a number of irregularities in handling its corporate funds,” which led to a “negative effect on its balance sheet.”

On Wednesday, the email sent out further states the company is working with relevant authorities to bring the perpetrators to book regarding the loss of corporate funds. The statement reads,

“Cred is cooperating fully with law enforcement authorities in connection with the investigation into the incident [loss of funds].”

The management team confirms that all customers’ data and personal information has not been compromised. As of October 27, all of Cred’s deposits and withdrawals from its CredEarn platform have been temporarily halted as the company assesses the damage of the loss of funds. This has led to Uphold, a third party partner using Cred’s lending services, to announce their relationship's discontinuation. When pressed about the reason that UpHold is distancing itself from Cred, a Twitter user posted the email: 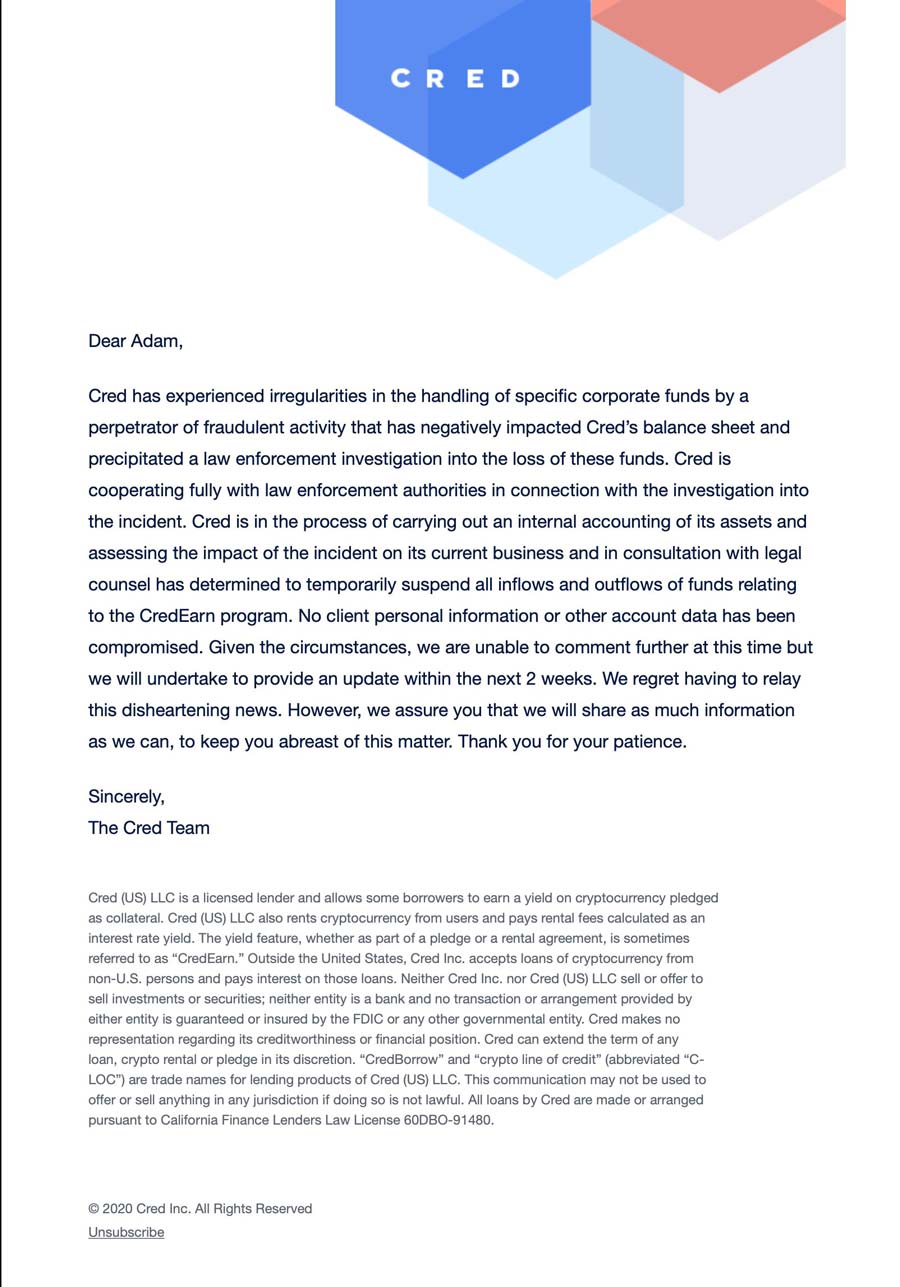 According to the statement shared with Coindesk, Uphold users will no longer be able to link their crypto wallet to Cred. However, users can still view their balance on the Cred App and receive redemption payments from Cred to your Uphold wallets from your CredEarn program.

The Cred team have yet to respond to questions from our team as of press time. The team is expected to give a detailed report of what transpired in the coming two weeks, the statement reads.