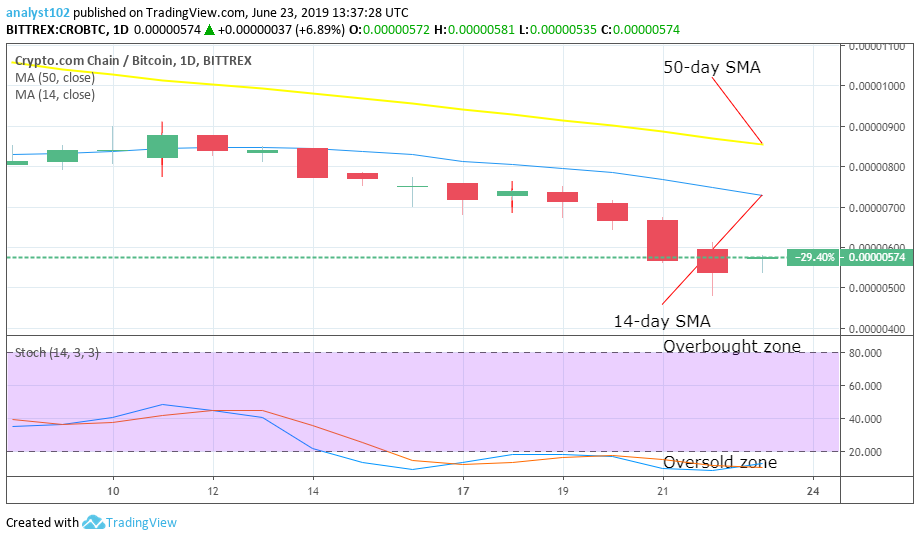 The CRO/BTC market operations have now been under selling pressure after ranging for a couple of days around B0.000009 and B0.000008 marks. There was a short line of lower price movements between June 16 and 19 tightly emerged around B0.000007 point.

The pair eventually got dump past the aforementioned price line to the south to give a clear-cut of the bearish movements of the market. On Saturday, June 21, the pair briefly broke beyond a mark at B0.000005. But, now, the market line is located trading below B0.000006 price territory. The SMA indicators are located over the current market point as the 50-day SMA is seen above the 14-day SMA. The Stochastic Oscillators now consolidate within the oversold zone.

There has been no indication backing the exhaustion of the bears’ force in the CRO/USD market currently. However, the bears may soon gradually be relaxing their driving advantage in the market around B0.000005 point after a while.