The DeFi realm has registered tremendous growth in the past quarter (Q2) with some products posting some impressive figures. $4.9 Billion was channeled through DeFi dApps, a stellar 67% increase from Q1’s figures. 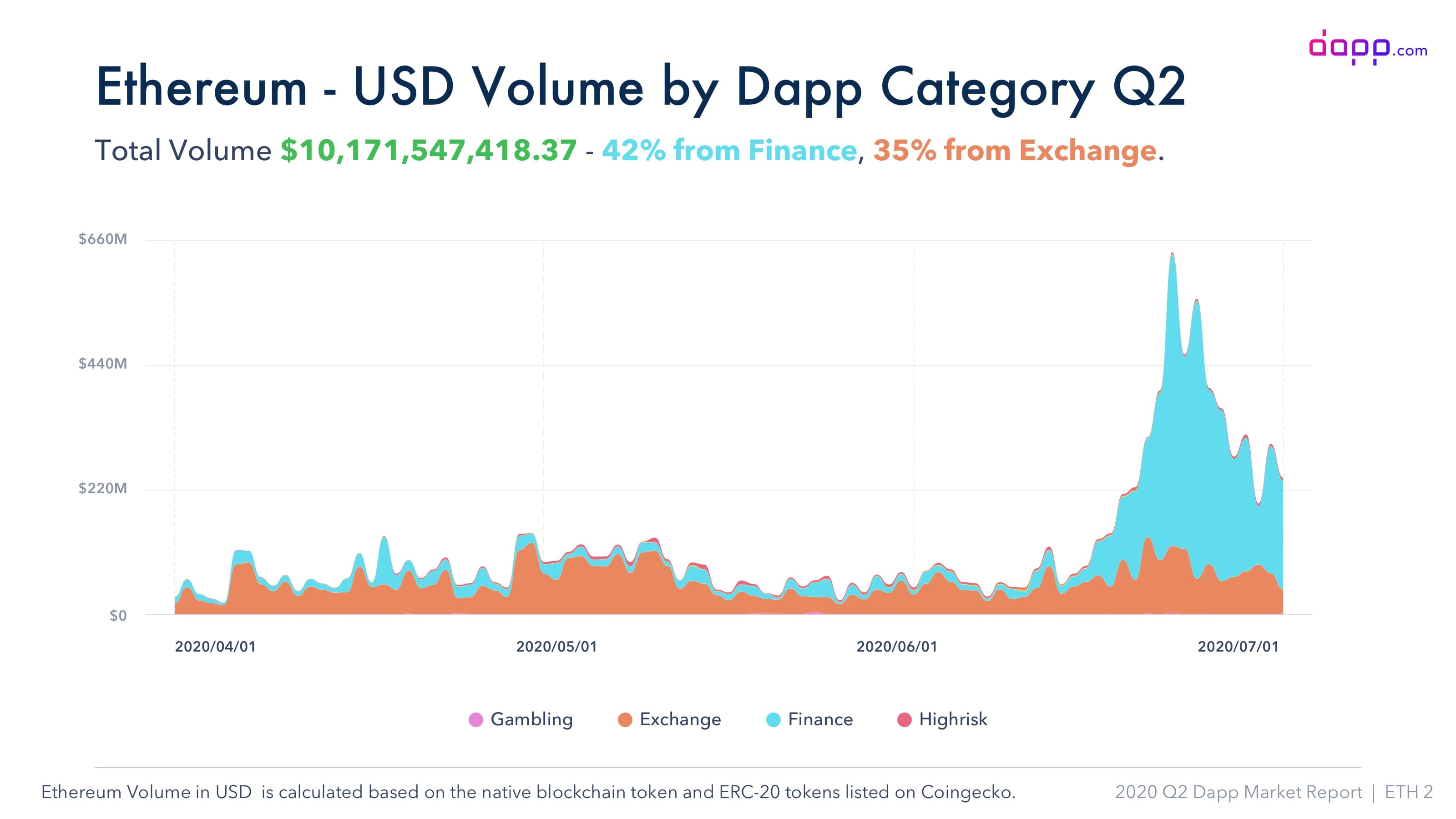 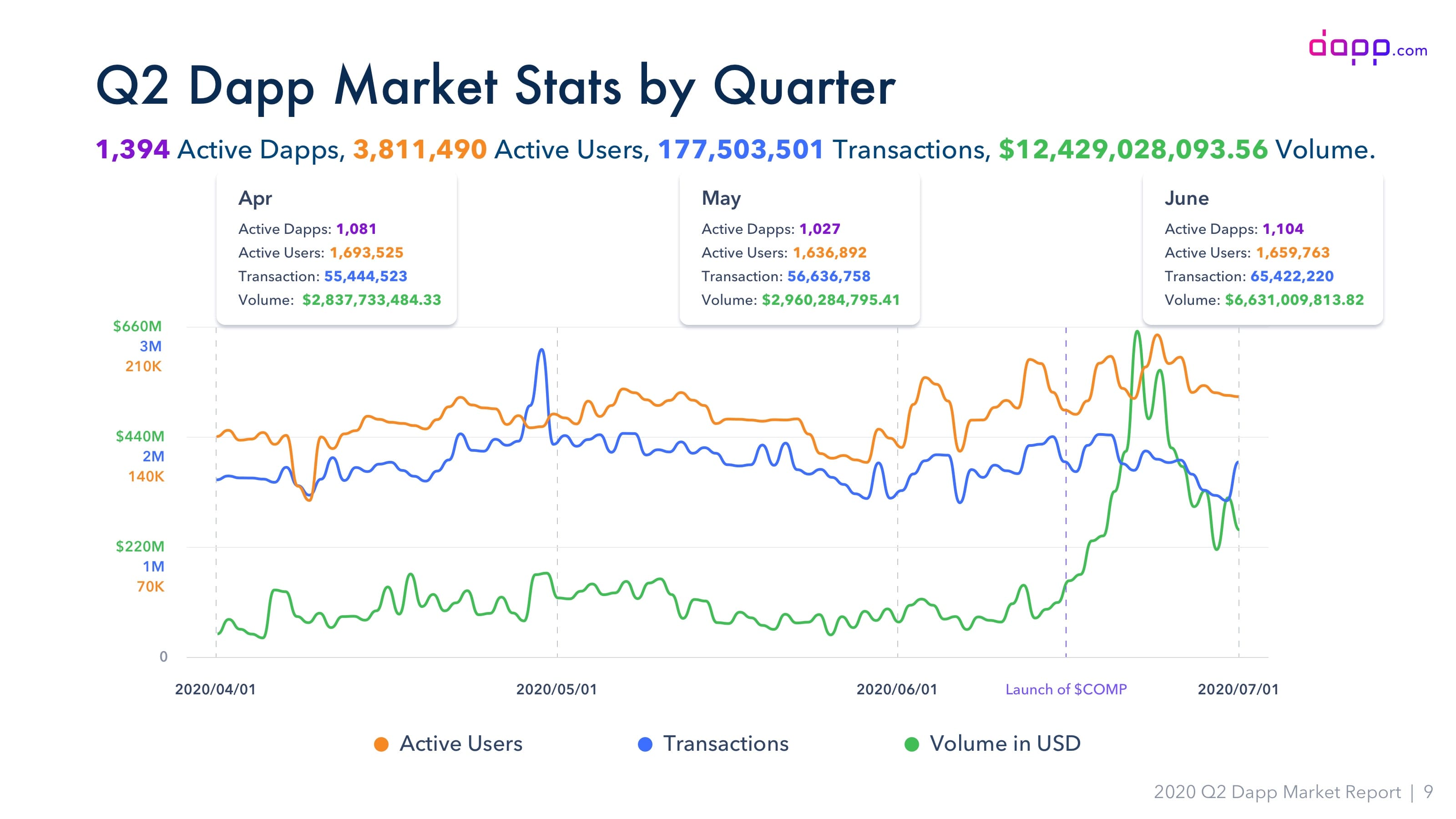 The Basic Attention Token (BAT) emerged as the most popular token in Decentralized Finance Q2 figures recording a transactional value of $930 Million. The token that is utilized by parties in the digital advertising sector, dwarfed Ethereum’s numbers by a cool $300 and more than Ether and Dai combined.

The Ether, on the other hand, saw their active user numbers soar to an All-Time High of 1,258,527 more than doubling Q1’s figures. Their daily average active users have also increased from the 7,682 in the first quarter to over 40% in the second quarter, mostly attributing the COMP governance token launch.

The COMP token, incentivizing debt and lending facilities, has perhaps posted the most notable growth following massive response from the market on launch. Their market capitalization is skyrocketing from $131 Million to more north of $3 Billion in just the second month. Daily user numbers also more than doubling 2,629 to 11,879 as their value of the token achieved an all-time high of $372.27 on 21st June.

However, the supply of the BAT has dipped steadily from $324 million to $155 million last week and now just at $24 Million. This happened as soon as Compound restructured their reward system to scrape off the incentives after the Compound community voted to change their COMP token issuance criteria on 30th June. Just a meager $67 Million BAT has been lent in Compound since the dawn of July.

Notably, after the Hive hard fork from Steem after Sun’s hostile takeover, some budding dApps have opted to move to Hive from Steem. With Steem failing to launch new projects recently, the active users in Hive have now surpassed Steem’s.

FCA’s Crackdown Hits Another One After Binance, Which Has ‘Not’ Seen Institutional Activity Slowdown