A number of reasons support this, points out Lee explaining that BTC has been “overbought and needs to see weaker sentiment.”

Moreover, Bitcoin Misery Index has been saying this since July and BTC is stuck until the S&P 500 ends its “endless macro” period.

The most important thing, he said is reward halving next year and, “Wide range just BTC biding time until halvening.”

But this crash of BTC price has investors and traders calling for a further drop to $7,500, with some going as far as to below $4,000.

And it might not be long if some starts to question out if crypto winter is really over.

But before everyone starts freaking out whether the brutal crypto winter of 2018 is still over or not, Lee says, “remember the Fundstrat’s ‘rule of 10 best days.’

Lee first talked about this earlier this year, according to which since 2013, the leading cryptocurrency recorded all of its year’s performance in about 10 days. For instance, in 2017, “a total of 12 days” represented the digital asset’s entire year return.

As per this research, the rest of the days, Bitcoin has been down 25% per year.

If an investor doesn’t hold on to his crypto asset through these best 10 days, the Wall Street analyst said the annualized return of the investor would drop to 25%. 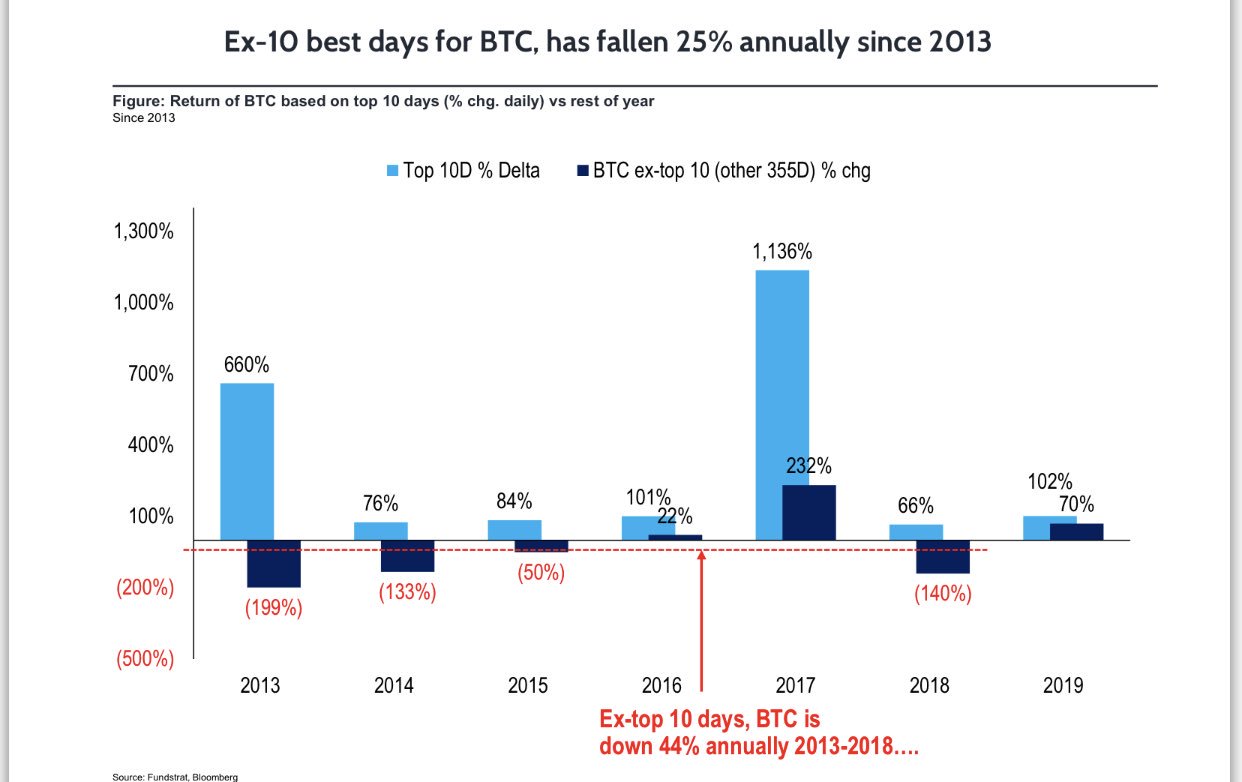 BTC is weak in trendless macro

Not just with Bitcoin, the same is the case for the S&P 500, where if an investor doesn’t hold stocks through the 10 best days, the annualized return would drop from 9.2% to 5.4%.

And this why investing in BTC is all about HODLing.

According to him, Bitcoin won’t make a new high until the S&P 500 makes a new high and the flagship cryptocurrency has been range-bound because of the trendless macro.

As such, “The S&P being trendless is not good for bitcoin,” he said. “The S&P needs to make a new high before bitcoin can break out.”