The cryptocurrency market had many doubting the entirety of a decentralized system, as majority of coins have been in the red zone for the longest time. Bitcoin once hit a high of $18,500 USD towards the end of 2017, however, the year, 2018 was not on its side, as the giant suffered to surpass $9000 USD until now.

While EOS also experienced significant drops along the way, its growth has been astonishing as it went from as little as $4.60 USD to its current value of $18.11 USD in a month’s time (with highs of just over $20 USD). What contributed towards its growth and what does the future hold? Here is a breakdown of what EOS stands for and how it has managed to stay strong.

EOS was created with the intentions of enabling vertical and horizontal scaling of decentralizes systems. The software is believed to provide accounts, authentications, databases, and asynchronous communication across multiple CPU cores. Ultimately, the main focuses are believed to include complete omittance of user fees, scaling over millions of transactions per second, and coming up with a system that is quick and easy to use.

What Can Be Said About The EOS Team?

The EOS team consists of three players, including Brendan Blumer (CEO), Daniel Larimer (CTO), Ian Grigg (Partner) – and did have Brock Pierce ( as a Partner) until the HBO episode where John Oliver went in on Brock and his past life/doings. Daniel Larimer has earned the title of the “visionary architect”, as he is the programmer responsible for the EOS system.

Daniel Larimer has earned a Bachelor of Engineering degree in Computer Science. Since the release of Bitcoin, Larimer’s only interest was to get involved. He worked on several projects prior to tackling EOS, including Bitshare, BitUSD, and Steem Blockchain.

Larimer’s role in EOS is crucial as he has programmed its entirety in a way that solves current issues related to blockchains, like scalability and user fees to name a few. His level of expertise is clearly a reason for EOS’ continuous growth. 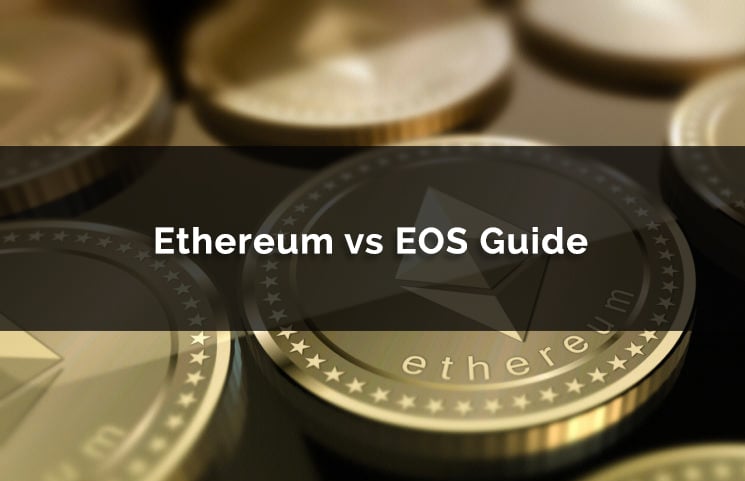 The second biggest cryptocurrency to date is Ethereum. The prices of Ethereum have also experienced fluctuations in the last month, with a maximum 10 per cent drop. EOS was released on the Ethereum Blockchain, and many traders believe that Ethereum’s growth can be tied to that of EOS.

Many believe that EOS has the potential to go stronger that Ethereum due to its reliance on the Proof of Stake consensus, which is believed to be far more cost effective.

Ethereum current use of a Proof of Work consensus, which is more expensive and uses too much energy, can be the reason for a stagnated growth in the long run.

What Does EOS Have In Store?

According to a statement made on April 20, 2018, Block.one is in the works of completing the open source software, EOSIO. The software supposedly can facilitate a transparent block producer (BP) and the consensus mechanism used is the democratic delegated Proof of Stake.Also, there is always the probability EOS could be the fifth coin added to Coinbase.

Popular twitter personalities and crypto traders shared thoughts on where EOS is going:

guess what happens next? pic.twitter.com/6B2xUxAAKR

And from EOS creator himself:

This is one of the fewer projects that many confuse themselves over due to the lack of real-life uses. This is why more partnerships might be established in order to offer more services and applications using EOS. We will have more updates on EOSIO Dawn 4.0 as well later today!