Crypto scams are ever evolving and they only seem to get more and more complex as time passes. Towards the end of July, a new complex scam has appeared. Forget “you will get rich if you buy our program” and common trojan malware, today’s scammers are clever.

Just last month, a game called Abstractism was delisted from the global gaming platform Steam because it cryptojacked the players’ computers to mine Bitcoin. As gamers have good hardware, it was a profitable scam until Steam discovered it and shut it down. 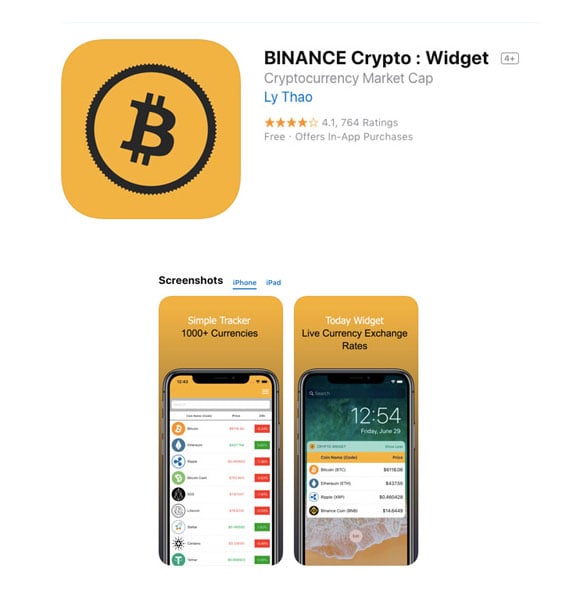 Now, a new malicious developer has been attacking. The “BINANCE” widget, which has no connection whatsoever with the crypto exchange, has sparked some controversy.

How The New Scam Works

Despite having a high rate of 4.1 on the App Store, this new BINANCE Crypto widget (only made for iOS), has some disturbing review. The users claim that the app exploits Apple’s interface by launching pop-up ads at the same time that you use confirmation times to make the user’s finger approve unwanted transactions.

Apple phones can use the fingerprint of the users to approve transactions and the software uses it for “random” pop-up purchases and the users get no choice but to fool the users into approving unwanted credit card transactions. There are no confirmation messages, too. The changes seem to range from $34 to $200 USD each and have made users furious.

It is easy to find people on the internet claiming that the software is a scam and that its main goal is to steal money. According to the users, the creator of the app faked good reviews, as most people are irritated because they just had their money stolen. Some users in social media even claimed that they wanted to sue the developer as soon they discovered who was behind the app.

Luckily, the transactions can be easily reversed. Unlike cryptocurrency transactions, in which cashback is often impossible, bank transactions with credit cards are easy to undo, so most users who have been scammed at least have a way not to lose their hard earned cash. The Future Of Scams

It looks like more and more scams are using the interface of apps and games to steal. Because of this, the old strategies to be protected from scams are no longer useful and being informed and always suspicious is the way to go right now.

However, Apple should take notice that some apps are using possible flaws on the design of its Phones to scam people and solve these issues, as well as to take the BINANCE app down. Unfortunately, security against malware and scams still has a long way to go.