According to data revealed by the crypto research company Messari, Bitcoin (BTC) is not a financial threat as many critics claim. Steven Mnuchin, the U.S. Secretary of the Treasury said that he is worried about how digital currencies are used to launder money.

In addition to it, Chainalysis and the United Nations Office on Drugs and Crime have also revealed that traditional money is used more times than Bitcoin to launder money. 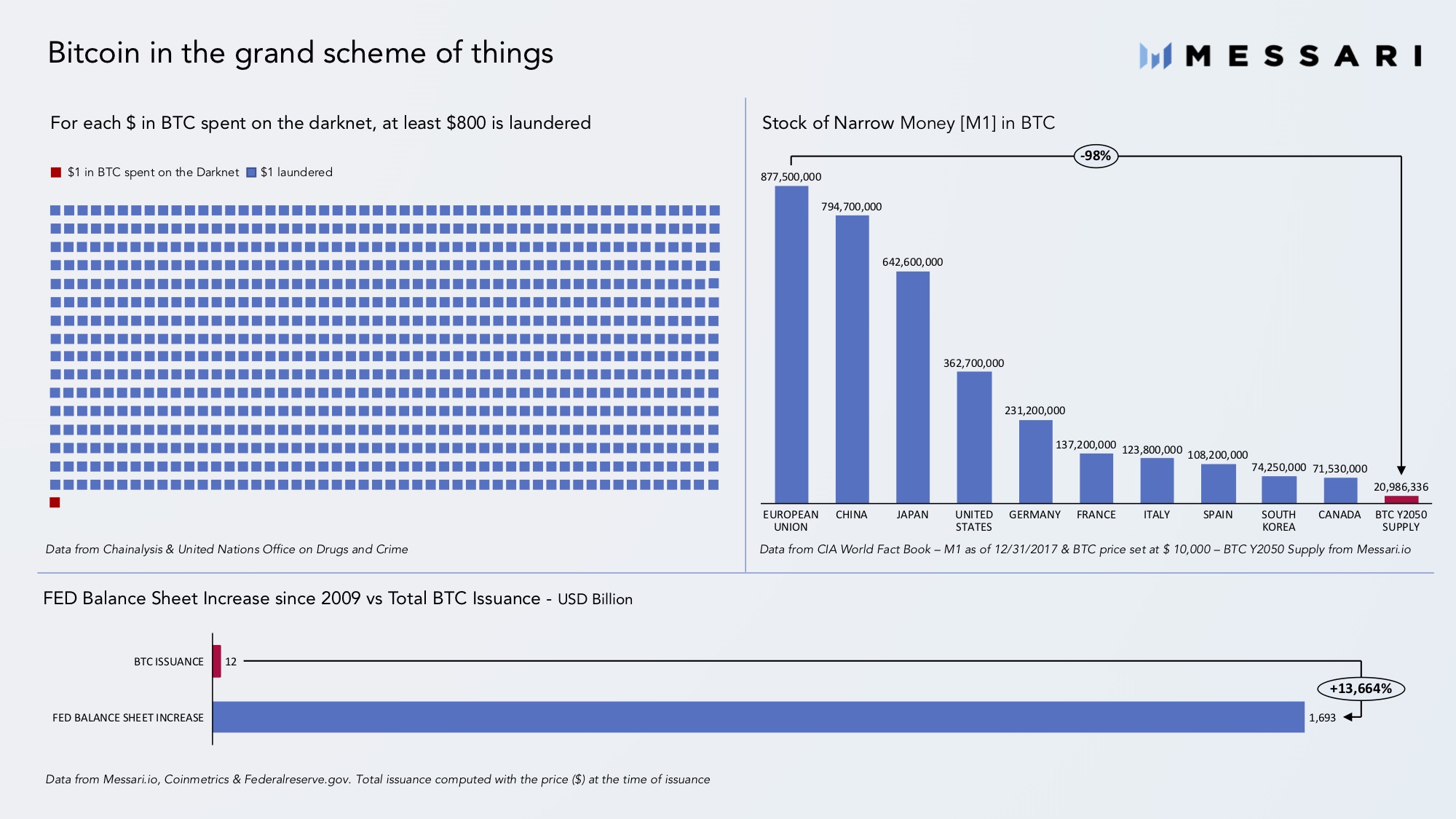 Bitcoin Not As Used As Fiat To Launder Money

Chainlaysis, a firm that works analysing data from different blockchains, specifically the Bitcoin network, and the United Nations Office on Drugs and Crime, showed that traditional or fiat money is used 800 times more than Bitcoin to launder money. However, this takes only into account estimates of money laundering activities on the darknet.

This data provided by these two companies is clearly different from the one that the U.S. government has. Steven Mnuchin explained that these digital assets are “a national security issue.” Mnuchin has also explained that virtual currencies are used to support illegal activities around the world.

Moreover, Europol explained in a recently released report that all criminals use traditional money to run their operations rather than virtual currencies or Bitcoin.

The report released by Europol says:

“While the world is looking with concern at the possible misuse of virtual currencies by criminals, this report may seem somewhat unusual in that it is not highlighting a new phenomenon or an emerging risk…money laundering schemes detected by law enforcement are still largely characterized by traditional techniques, in particular, the use of cash.”

It is worth mentioning that the U.S. dollar is used as a reserve currency all over the world and not just in the United States. It is used for trade, paying goods and services and some countries have used it as a de-facto currency. With this tool, the United States is able to dominate and influence some decisions in countries around the world.

With Bitcoin growing and expanding, the United States could lose its influence abroad. This is one of the reasons why Bitcoin tends to be constantly attacked by authorities.