Meanwhile, JPMorgan’s head of cross-asset fundamental strategy says BTC is “a unique asset” is not really a hedge against inflation but against “a simultaneous breakdown of a payment system and debasement of the currency.”

Bitcoin is a “unique asset,” said John Normand, head of cross-asset fundamental strategy at JPMorgan, in an interview with Bloomberg.

But according to him, it is unique “if you're trying to hedge a simultaneous breakdown of a payment system and debasement of the currency.”

Normand said they have been telling their clients that if they are looking for a hedge against inflation, Bitcoin (BTC) is a “strange one,” for that.

“It is true that it is a scarce asset, any individual cryptocurrency is scarce… (but) collectively a number of these that could be created is infinite.”

“That's why it's a more unusual sort of inflation hedge than something else which could be more fixed supply over the next couple of years like particular commodities.”

The trillion-dollar market cap crypto-asset went to a new all-time high of nearly $65,000 on the back of Coinbase listing with a whopping $100 billion valuation on Wednesday. Ether (ETH) also made a new ATH at $2,400 as the rest of the crypto market rallies to surpass $2 trillion in market cap. ETH -5.53% Ethereum / USD ETHUSD $ 1,086.86
-$60.10-5.53% Volume 15.5 b Change -$60.10 Open $1,086.86 Circulating 121.35 m Market Cap 131.89 b 5 mon Coinbase Predicts Substantial Growth of Newer L1 Chains & Institutionalization of Regulated DeFi 5 mon A Possible Crypto Recovery Moving Into New Year, Risk-on Sentiments Send The Stock Market to Another Record High 5 mon The Sandbox Game Is Migrating to Ethereum Sidechain Polygon and Launching A DAO in 2022

“I understand the uniqueness of them in a very very extreme state of the world. But really what you're trying to isolate is a modest move up in inflation, I think other hard assets are more sensible than crypto.”

Meanwhile, Jurrien Timmer, Director of Global Macro Fidelity, is predicting over a million price target for Bitcoin price in the coming years. 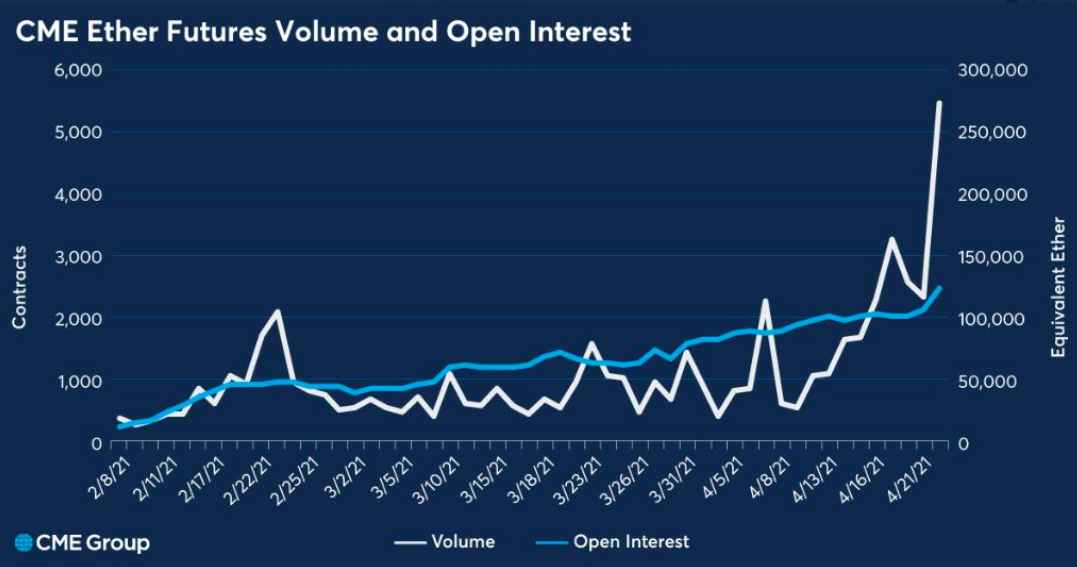 Four months after he first wrote about the largest crypto asset, he shared a refreshing take, stating that the two dimensions that make bitcoin unique is “an asymptotic supply curve and an exponential demand curve,” and at the intersection of the two lies a parabolic price discovery curve, he wrote.

While we know the supply curve in advance, we don’t know what the demand curve will look like going forward, and for that, he takes help from historical S-curves to get a clue on how this demand curve might evolve in the years to come.

One example is mobile phone subscriptions per 100 people in the US, and such is the nature of S-curves that demand growth turns increasingly asymptotic while the supply curve continues on its pre-existing exponential trend, he wrote.

“While the S2F model seems too optimistic in the out years given its persistent exponential slope, the demand curve seems more plausible to me,” Timmer concluded with a chart that gives us $1,665,347 price per Bitcoin in the next decade.