Could The Mt.Gox Trustee Have Crashed Bitcoin’s Price In 2018?

The now-defunct cryptocurrency exchange Mt. Gox reportedly liquidated around $312 million worth of Bitcoin (BTC) during February and June of 2018 through a Japanese company named BitPoint.

GoxDox, an organization which was established to assist Mt. Gox creditors, published a photo of a bank account announcement on February 5 revealing the alleged trades sent from BitPoint to the Mt. Gox trustee directed by Nobuaki Kobayashi. 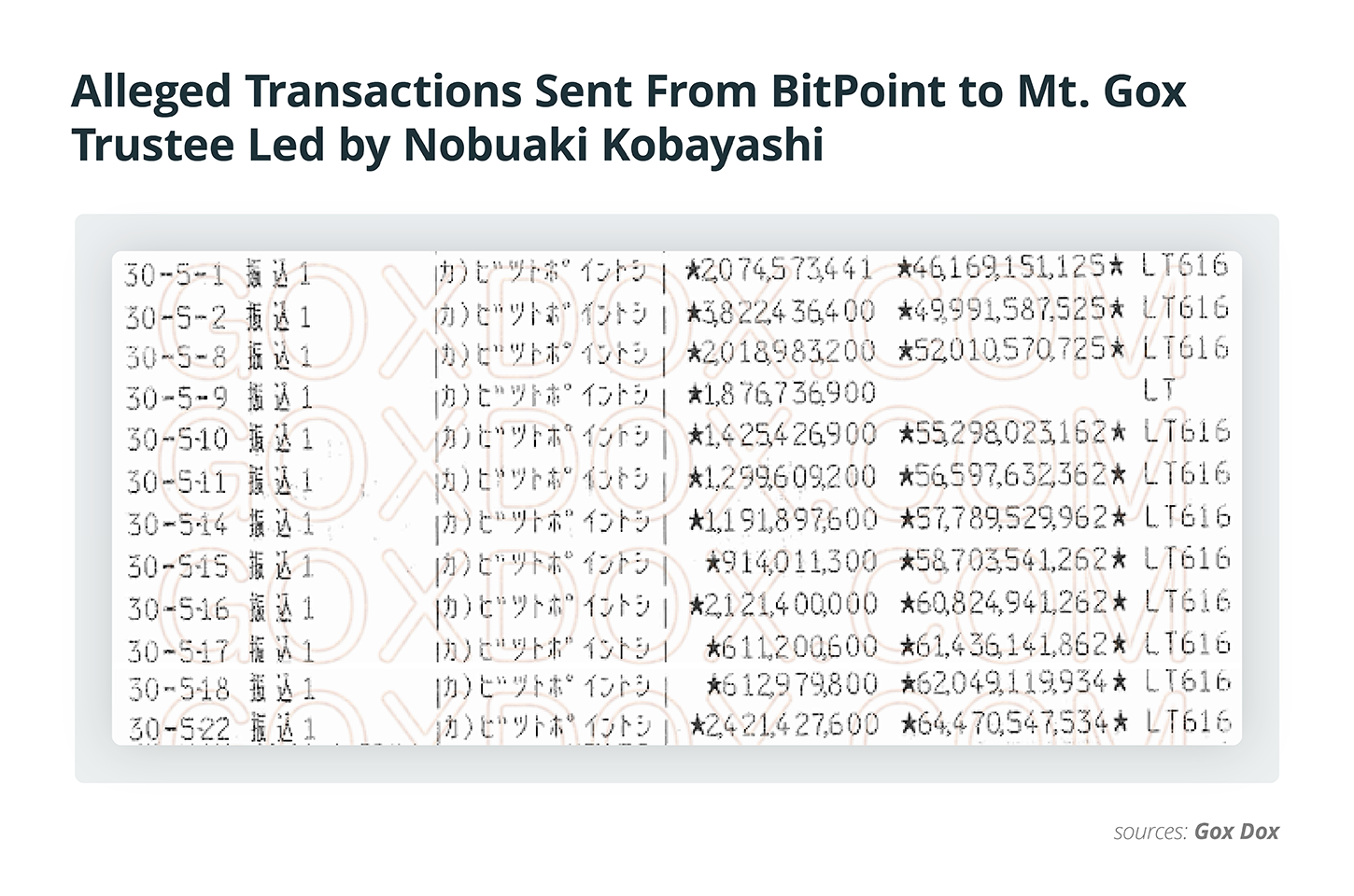 If the report is true, the trustee apparently ignores the advice from Kraken CEO Jesse Powell, who banned the promotion of the company’s holding of bitcoin. Furthermore, Powell ordered that the trustee must sell off any residual bitcoin funds in an OTC trading platform to avoid the manipulation of bitcoin’s price.

It's likely that the trustee and other individuals in the case were shocked by the news and decided to liquidate a significant portion of the company's resources to proceed forward with the bankruptcy.

Was The Dump Of Mt. Gox The Key Trigger Of Bitcoin's Crash In 2018?

According to GoxDox, the Mt. Gox trustee began to sell the exchange's Bitcoin holdings beginning in early 2018, maybe before February.

Investigators stated that the transfers between the account of BitPoint and the Mt Gox trustee were intentionally hidden and that the intent was to keep the transactions private in the case of a security violation into Bitpoint’s servers.

“It seems fair to conclude that the reason for sending frequent wires was to prevent counterparty risk. A hack at BitPoint could expose the MtGox Estate to a loss and the trustee didn't want to get Goxxed. It follows that the trustee would have instructed BitPoint to wire JPY [Japanese yen] over as soon as he had it. This way, MtGox Estate assets wouldn't be exposed to any hacking incident at BitPoint.”

On May 2, depending on the data offered by GoxDox, the trustee obtained 3,822,436,400 yen from BitPoint, worth around $34,845,330. From then on, at an interval of one to four days, the Trustee continued to receive thousands of dollars from BitPoint.

At the same time, Bitcoin experienced a strong recovery and rallied from $7,000 to $10,000 in the period of April to May.

In February 2018, when the trustee started to sell BTC on a cryptocurrency market, Kraken CEO Jesse Powell reaffirmed that the firm, that was hired to monitor the missing coins of the trade, advised that the trustee not to dump millions of dollars worth of BTC from the marketplace.

“We were explicit about not dumping a large amount of coins on the market. Unfortunately, it looks like the trustee made their own decision or was taking advice from elsewhere — maybe whatever exchange they dumped those coins on. We had zero knowledge of these sales happening until it was announced at the recent creditors meeting.”

Furthermore, the Trustee received critical remarks by GoxDox researchers for its apparent negligence of dumping BTC, and asked for an explanation on behalf of its creditors.

“Simple possession of a crypto license is not suitable criteria for selecting an expert. A non-expert judge's approval does not equate to a sound plan. Reliance on an appeal to authority is never a substitute for good judgment.”