One of the biggest issues that plague the cryptocurrency industry is the abundance of scammers and hackers. There are many ways that they are able to trick consumers, which has led to numerous protocols to prevent or prohibit it. With the creativity of scammers, many investors are taking note of a recent hack on multiple verified Twitter accounts, according to TheNextWeb. 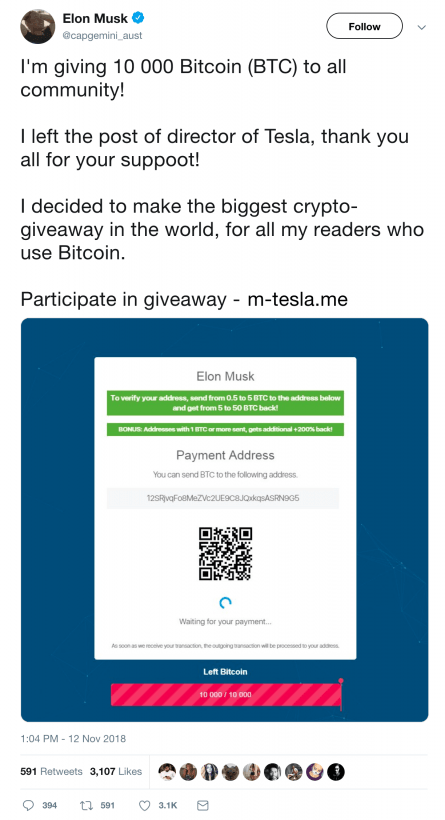 The hack seemed to advertise giveaway linked for fake cryptocurrencies, though TNW notes that these are “often under the disguise of Elon Musk.” One of the verified accounts, which belonged to Capgemini, was discovered to be running multiple giveaway links on Twitter, posting as Musk. The tweet asked that interested participants contribute small amounts of crypto, which would count as entries in a 10,000 Bitcoin giveaway, which would be worth well over $60 million.

Before the tweet was deleted, there were thousands of both retweets and likes. By then, there was about $12,000 in the wallet that received the “entries,” amounting to a little more than 2 BTC. To make the giveaway seem authentic, TNW added that “it’s worth noting that attackers would often make a number of small transactions to themselves to make the giveaways seem more legit.”

The concern that they address is that hackers are becoming more effective in tricking their victims. Along with their takeover of the Capgemini account, they also managed to break into other verified accounts to make the scam look more credible. Some of these other accounts include Ben Allen, a state senator for California, and Rachel Azaria, a politician from Israel. 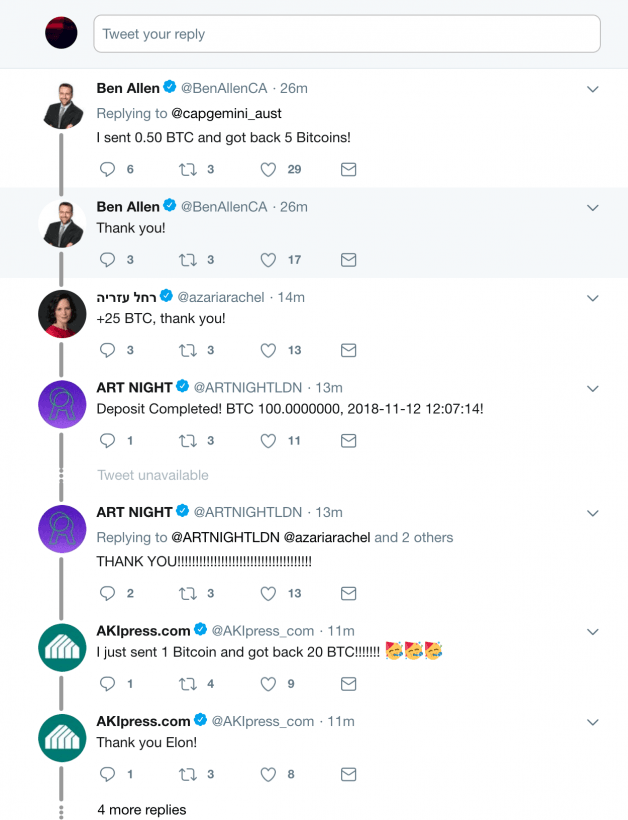 Since this hack was discovered, it seems that the majority of the verified accounts have been reclaimed. However, it is causing increasing worry amongst social media investors, especially considering the recent jump in these kinds of attacks over the last few months.

Based on a report from Slate, it is suggested that this last week of hacks have stolen $170,000+ from victims. However, considering the lack of tracking of the scammers’ funds sent and received, it is hard to place an exact number. To make the situation more concerning, it doesn’t seem like Twitter even cares.

Moments after publishing their own article on this scheme, HardFork posted an “instant update” on the story. They said, “A moment after publishing, we noticed the official account of the Indian consulate in Germany, Frankfurt, had also been hacked to promote fake cryptocurrency giveaways. 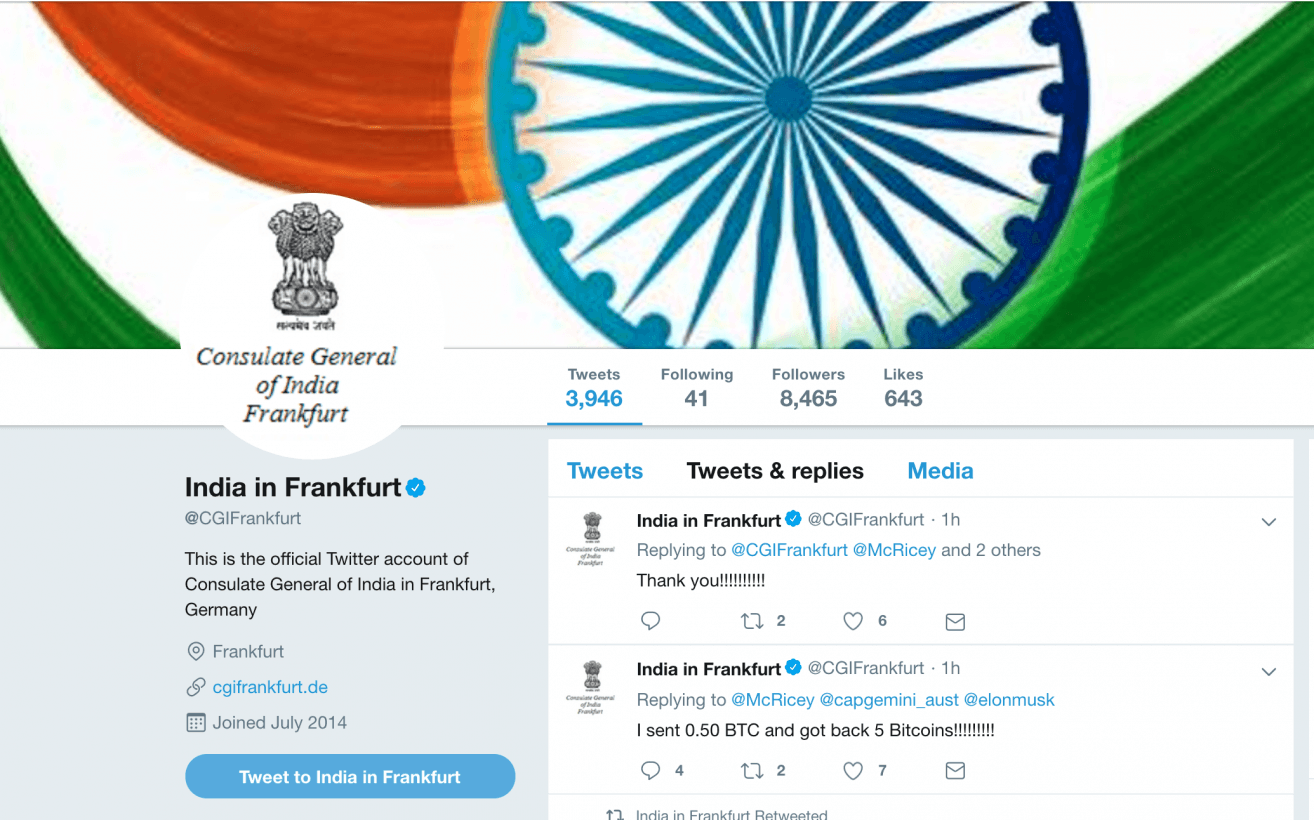