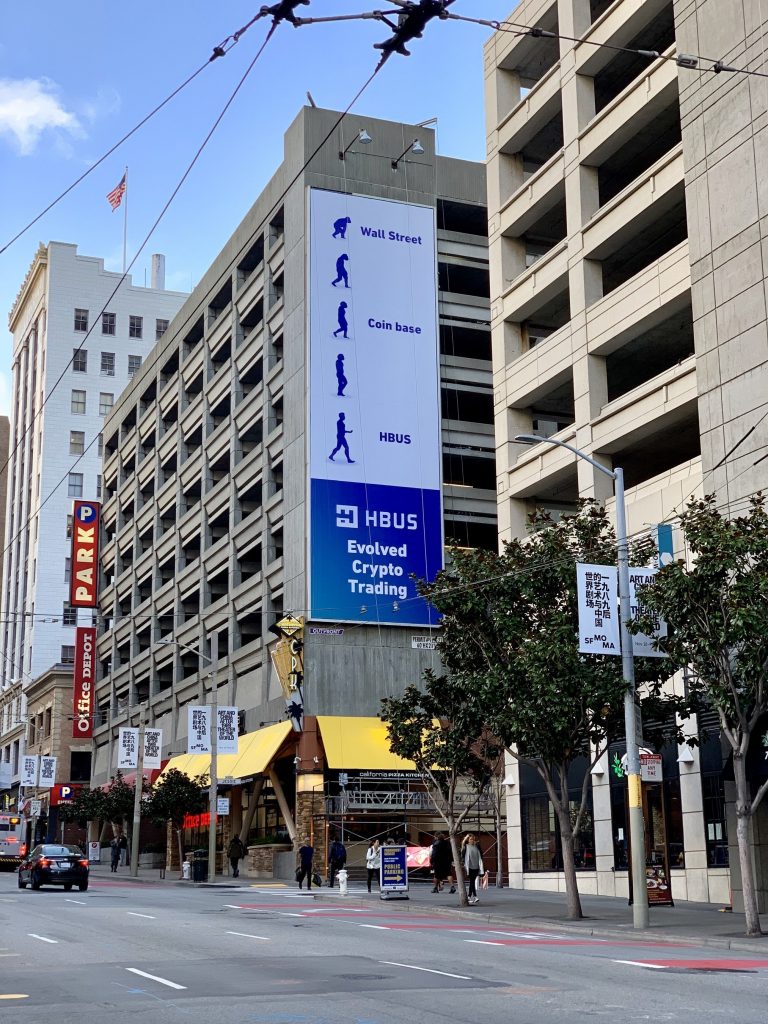 Clearly, this is trying to show that HBUS is one of the most modern platforms in the market in terms of financial evolution. The advert is also part of an expansionary effort that is being carried out by Huobi, the partner company of HBUS.

Just to mention an example, earlier this month, the company was able to partner with an Artificial Intelligence (AI) trading company in the United Arab Emirates. The firm provides solutions to customers in the region and it aims at reaching a bigger market in the future.

Frank Fu, the CEO of HBUS, commented about the billboard:

“There’s no question that digital assets have taken its share of hits this year. We wanted to give crypto traders a break when it comes to the high fees they regularly have to pay when trading on other exchanges.”

The company has also received a Distributed Ledger Technology License from Gibraltar's authorities a few days ago.

This shows that although virtual currencies were in a bear market during the entire year, there are companies ready to invest and attract new users to their platforms.