Bitcoin is stuck and altcoins are pumping.

This may not be the time for the world’s leading cryptocurrency yet as it continues to trade under $9,300 with a ‘real’ trading volume under $1 billion as well. 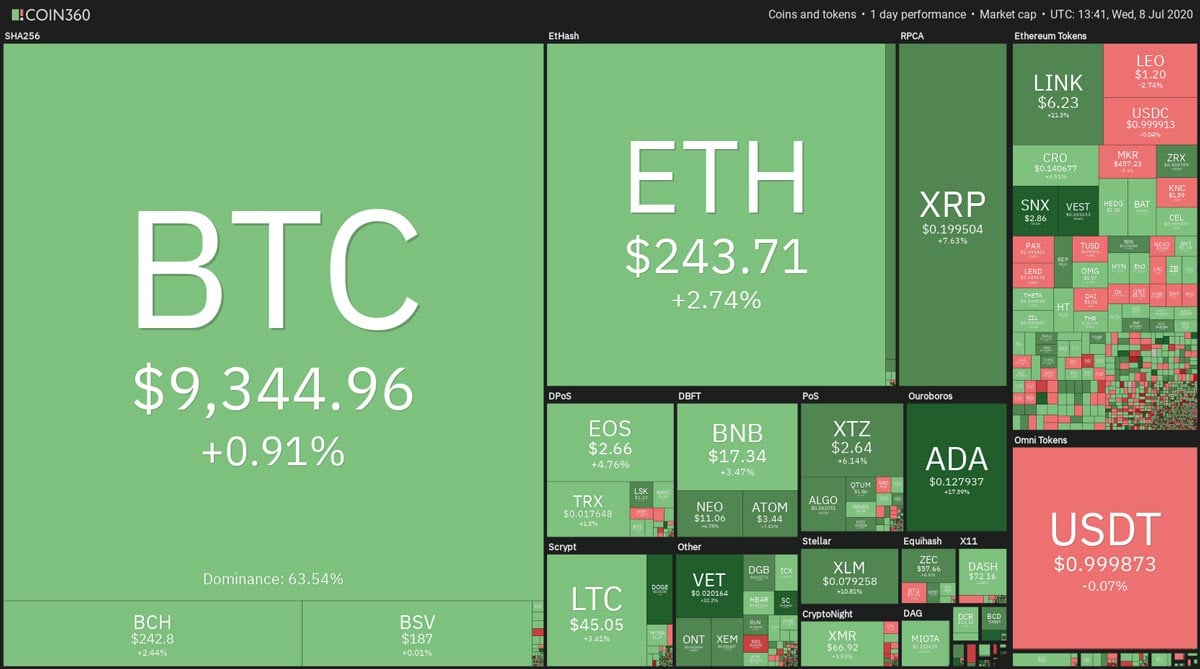 The network health, however, is strong and growing. As we reported, the Bitcoin network hash rate has already climbed to a new all-time high.

“Using historical data when the address count on the Bitcoin blockchain exceeded its latest high, the price of Bitcoin recovered from the depth of the bear market in late 2018,” noted 21Shares, previously known as Amun.

Another bullish indicator is the Stablecoin Supply Ratio (SSR) which has fallen to new lows because of the rise in stablecoins supply.

According to Glassnode, “A low SSR indicates increased buying power for Bitcoin – a higher capacity of stablecoins to purchase BTC and thereby drive up the price.”

Leading up to the third halving, BTC/USD rallied 150% but since then has repeatedly failed to successfully move above $10,000. The price range of bitcoin has been tightening for the past few weeks which has driven its 30-day volatility down to its lowest level at 29% since October 2019.

“The lack of buyer momentum has spawned a calm and quiet price range for Bitcoin; this has led to speculations that a big move is on its way,” reads Binance report.

Binance is also seeing a growth in pen inert for June month which suggests traders are “positioned for a big move.”

Historically, bitcoin tends to make sudden big moves following a sharp fall in its volatility to or lower than 30%. Low volatility doesn’t last forever, so a “decisive move” might be coming, which many are expecting to be in the upwards direction but there is also a risk in the opposite direction, as was seen in November 2018.

The periods of extremely low volatility have often preceded breakouts or breakdowns of “macro importance” in Bitcoin.

“Given the underlying network is growing, albeit slowly, the odds favour a breakout to the upside,” says Charlie Morris of ByteTree.

In the meantime, altcoins are generating phenomenal returns. But will bitcoin see a breakout soon?

If bitcoin successfully breaks the barrier with considerable volume, it would be a “good indication of positive confidence.”

TRUMP SAYS AMERICANS WILL GET ANOTHER STIMULUS CHECK: NEXSTAR

“Will the second stimulus check continue to drive Bitcoin price growth? In my opinion, it is very possible,” said Jay Hao, CEO of crypto exchange OKEx.