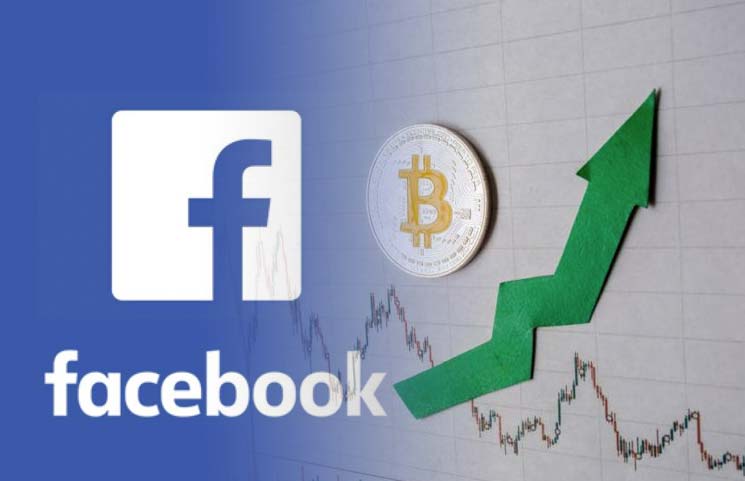 If Not Facebook Then What is Behind Bitcoin’s Explosion to $13,000 BTC/USD Exchange Rate?

But what drove Bitcoin to this level?

The cause is simple: aggressive buyers crossed the bid-ask spread and overpowered both passive and aggressive sellers. Based on price action, there were aggressive buyers with deep pockets in action last night. There was no specific trigger known to anyone outside of them.

Libra Just a too Lucrative opportunity for Facebook to pass up

Talking about this surge, CNBC's Seema Mody talked about how Bitcoin recently breaking above $11,000 has been a notable event as the digital asset only traded above this level 2.4 percent of its total days in existence.

She further attributed Bitcoin’s surge to the unveiling of Facebook’s Libra cryptocurrency as called out by some crypto industry experts as well.

“It played a factor, impossible to know how big. Libra has definitely raised considerable interest in crypto among investors and investors to be,” said Kruger.

But it is worth noting that Bitcoin has been already up about a hundred and forty percent before Facebook revealed its crypto project.

Masters said this is because Libra/Calibra isn’t a “cryptocurrency” rather represents fiat value transported on crypto rails. This is exactly the reason why it is experiencing legal and regulatory hurdles not only from the legacy banking system but also from the crypto side.

The driving force behind this endeavor, he says is growth, an opportunity to monetize its 2.9 million users which is:

However, it doesn’t mean Facebook’s Libra won’t benefit Bitcoin. When Libra manages to launch its product providing a new crypto on-ramp that familiarize its billions of users with digital wallets and public-private key cryptography, Master sees Bitcoin enjoying the adoption then.

Then which factors are driving Bitcoin’s recent price action? Taking a look at the larger backdrop, Masters sees the main theme which is the USD weakness coupled with additional uncertainty injected by the Fed. This he says is an uncharted territory more so than post-2008 financial crisis.

All data that we have indicates that the current #bitcoin rally is being driven by #Cryptotraders who are already familiar with the market.

See below chart with outflows from USDT, and check Google Trends.

Question is, will the newbies pickup the baton and blow us past the ATH? pic.twitter.com/BsbnDiFx44

And just like many other experts, Masters believe the next downturn will “inevitably” occur but now policymakers are leaving fewer tools to fight this.

Yet “coincidentally” BTC is up 240 percent in the first six months of 2019 while further continuing to gain dominance. The encouraging signs for this have been more professional custodians like Fidelity Digital assets, LedgerX, Bakkt futures in the market.

Institutional money is here, no doubt as Genesis Capital, that manages crypto funds for high net worth clients and family offices is also seeing more activity from institutional counterparties with volumes being two to three times higher in comparison to a year back.

Even CME BTC futures volume is also huge, however, it’s just 1/16th of BitMEX volume and 1/100th of gold volume.

“We've got a long way to go before we can reasonably conclude that institutional money is here for good,” Masters said.

Other aspects could also be an uptick in geopolitical tension from Iran to Turkey to the US-China trade war. Data based on the volume in the last 24 hours has confirmed that international demand for cryptocurrencies has been on the rise in countries like China.