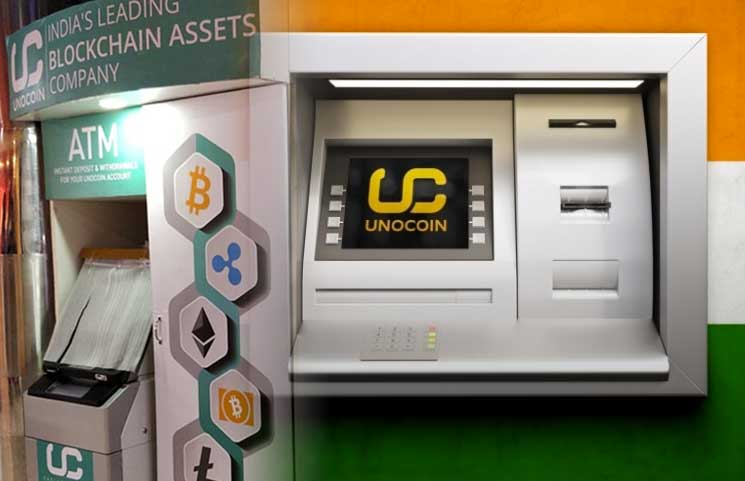 Despite India’s eagerness to accept blockchain technologies, the Reserve Bank of India (RBI) passed norms to control banking relationships with local crypto exchanges in April. Once the ban went into effect in July, all crypto platforms in the country lost access to banking services, which disallowed these startups from accepting Indian Rupee deposits or withdrawals.

The crypto community at large was outraged with this move, leading India’s Supreme Court to schedule another court hearing for the case in September. However, as seen with the recent shutdown of Zebpay’s exchange platform, the most recent hearing was sadly met with zero success from crypto advocates.

Unocoin CEO Sathvik Vishwanath confirmed the deal after an image of a company-branded ATM made rounds on Twitter. The Bengaluru-based business started operations in 2015 and is funded by private investors and venture capital funds. Interestingly, its initial seed investment was led by Digital Currency Group, which owns Genesis Trading and CoinDesk and holds stakes in over 136 crypto-businesses.

Speaking of the ATM image, Vishwanath told local reporters the machine was still undergoing development, and official details shall be revealed within a week.

The placement of the machines is currently in the development phase, claims Unocoin founder Sathvik Vishwanath. The ATMs will most likely be placed in malls where there is adequate infrastructure to run them. The exact locations where these machines will be available has not been determined as of yet.

However, the first machine is placed at 147 MG Road in Delhi. The pictures of this ATM have already been posted on Twitter. The picture shows five crypto logos, including that of Bitcoin, Ethereum, Bitcoin Cash, Litecoin, and XRP. The ATM will reportedly be available exclusively to Unocoin customers. It will not accept debit or credit cards from users.

Explaining how these ATMs work, Vishwanath revealed that the minimum deposit and withdrawal amount will be 1,000 rupees ($13.5 U.S. Dollars) and will scale upwards in multiples of 500 rupees ($6.75). The CEO explained that all tokens and crypto assets available on Unocoin and Unodax, the startup’s crypto-to-crypto platform (still legal), will be able to be transacted through the ATMs.

“users have to make a request by visiting Unocoin.com or through Unocoin mobile app where he would specify [the] desired amount for withdrawal.”

Amid the government and RBI’s hawkish viewpoint on cryptocurrencies, exchanges like Unocoin are doing whatever it takes to survive.

Today, crypto streets are running red with losses The cryptocurrency market had a bullish start of the week when bitcoin breached the $12,000 level...
Read more