While money poured into Bitcoin in October, gold saw a record amount of outflows. According to the bank’s quantitative strategists, including Nikolaos Panigirtzoglou, this trend is only going to continue in the long run as more institutional investors take a position in the largest crypto asset.

Over the past few months, many have recognized Bitcoin as a good alternative to gold, and JPMorgan is just one of them. As we reported, even Ray Dalio is warming up to digital gold, with Citi, Wells Fargo, Deutsche Bank, and others seeing Bitcoin as a diversifier to the yellow metal.

To the generation born after Bitcoin, it’s as old as gold.

According to the bank’s calculations, for now, Bitcoin only accounts for 0.18% of family office assets compared to gold ETF’s 3.3%.

However, bitcoin is seeing a lot of demand, as seen with the Grayscale Bitcoin Trust, which saw an inflow of almost $2 billion since October, while gold ETFs had a $7 billion outflow during the same period.

“If this medium to longer-term thesis proves right, the price of gold would suffer from a structural flow headwind over the coming years,” wrote JPMorgan’s strategists. 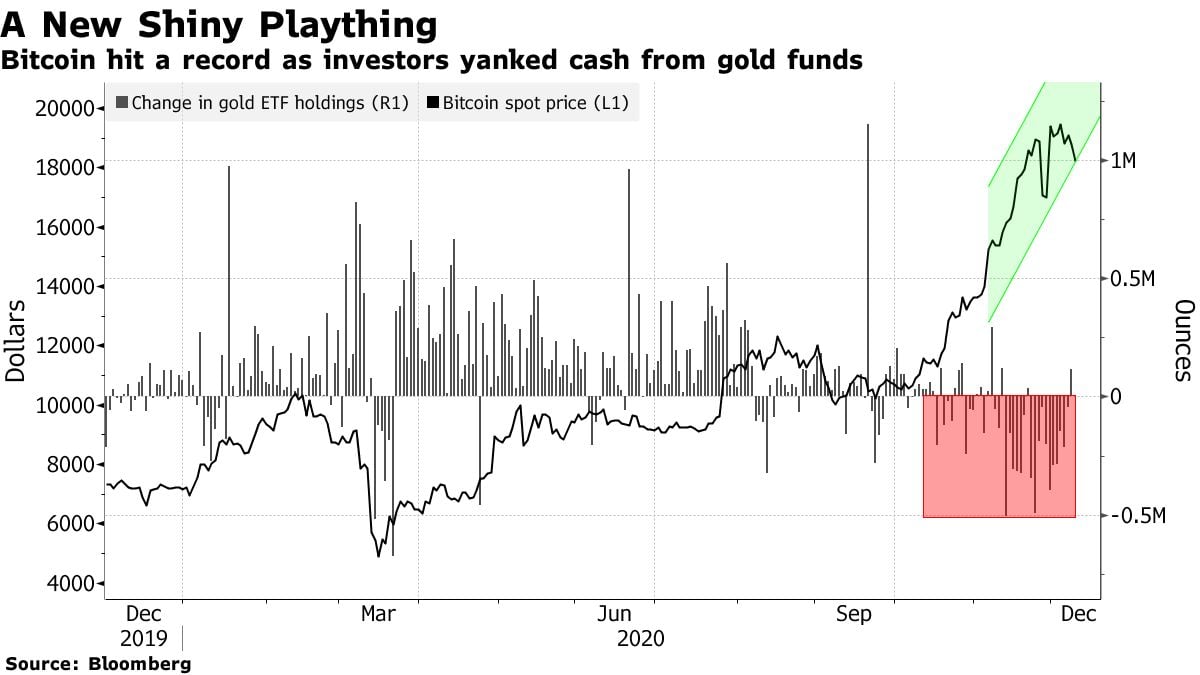 In the short-term, the bank sees Bitcoin prices overshot, hence a selling with gold due for a recovery.

However, many believe both gold and bitcoin should be part of a portfolio. Even Dalio said Bitcoin has similarities to gold and other store holds of wealth.

“Gold buyers do not care what JPM thinks. Americans don't buy or own much gold. 92% of demand is outside of US. Bitcoin the fastest horse and can go up 20x-would be worth $6 trillion. If so gold doubles to $20trillion in mkt value. Plenty of value to go around,” said Dan Tapiero, co-founder of 10T Holdings.