Hackers tend to go after any account that they think they can get funding from, and no one appears to be off the table. Misha Nonoo, a designer and friend to Meghan Markle, became one of the latest victims, as her company’s email list was hacked, allowing the attackers to send out threats to any person on it.

The long email that the hackers issued through Nonoo’s email included terrible English grammar but explains that they allegedly have access to the customers’ devices and that they’ve installed spyware through the fashion website, according to reports from Daily Mail. To convince the customer to pay up, the hacker says that they will be publishing all photos in the user’s device without a payment of $583 to the hacker’s wallet. However, the hacker added that, if there were issues for the customer to send the funds, then they can purchase Bitcoin to do so.

The author of the email writes that they’ve “scanned your hard drive,” and claim to have discovered “very sexy photos” that they plan to expose. The hacker comments, “You are beautiful and amazing. I would not mind having an affair with you, but I need the funds.” The only way that the images will be deleted from the hacker’s own hard drive is with the requested payment. Once Nonoo had regained access, she and her company published an email to all customers who could have been affected. 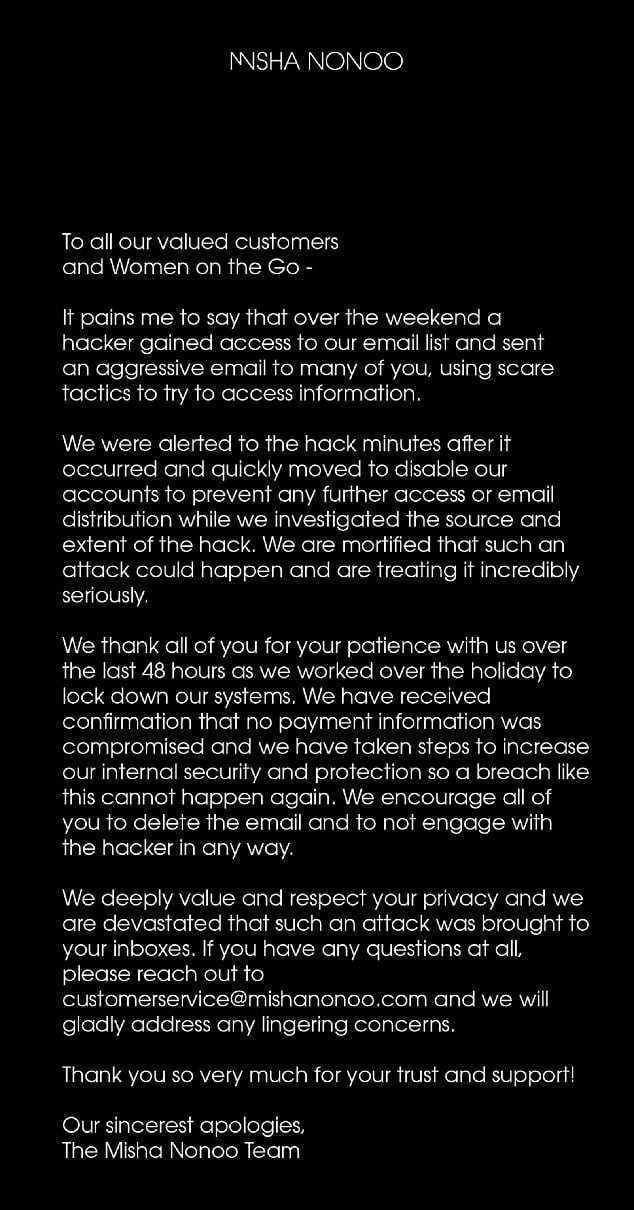 Unfortunately, Nonoo’s company is hardly the first one to be plagued with these Bitcoin hackers. Considering how persistent the hackers can be, it probably won’t be the last one either, which just supports how important it is for businesses to improve their protection for user data. Hackers exist both in and out of the crypto industry, and the only way to protect anyone is with stronger security.

As Hard Fork points out, no one should ever give in to the demands of hackers, considering all of the lies that most of them tell about the actual access or content that they have. Even though hackers will continue to pursue the funds and personal data of others, the response from the public will determine how far they continue to get.