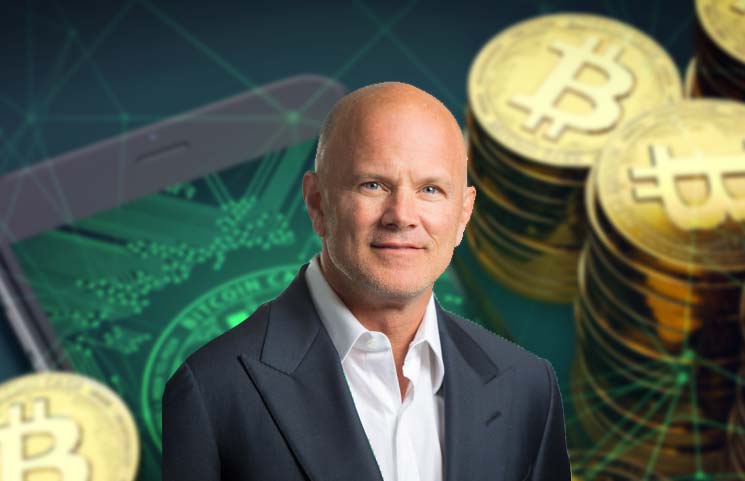 Michael Novogratz Believes Bitcoin Will Be Traded In A Tight Range After Its Price Surge To $9,000

Michael Novogratz, a recognized investor in the space, mentioned that Bitcoin could trade sideways between $7,000 and $10,000. His comments come after Bitcoin surged above $9,000 and dropped down to $8,100 in just a few hours.

Michael Novogratz Believes Bitcoin Will Trade In A Narrow Range

The cryptocurrency market has been growing since it bottomed in December 2018, but the price increase of some digital currencies accelerated a few months ago. Bitcoin grew from $5,000 in April to over $9,000 a few hours ago. This is why there were some analysts that predicted Bitcoin to continue growing in the near future, eventually reaching $10,000. For Mr. Novogratz, Bitcoin is going to be traded between $7,000 and $10,000 during the coming months.

However, Michael Novogratz, the CEO of the crypto merchant bank Galaxy Digital, said that Bitcoin is going to be traded in a narrow range in the near future. He said that the price of the most popular digital asset was not going to continue growing much longer.

On the matter, Novogratz commented:

“You know, trees don’t grow to the sky. If I’m wrong on that, I think I’m wrong to the upside, that there’s enough excitement and momentum that I could carry through.”

He is clearly a bullish investor in the space and expects the virtual currency to continue growing in the future as well. At the moment, there are several companies working in the space, including Microsoft, Facebook, and even JP Morgan with its JPM Coin.

The BBC has recently informed that Facebook is working on a new blockchain network and virtual currency that is expected to be used by users to perform cross-border transactions. Moreover, the goal is to be in contact with other firms that would accept the digital currency as a means of payment.

Meanwhile, JP Morgan wants to offer better services to its clients by using a digital currency to process payments among them. Thus, Novogratz is positive for the adoption of virtual currencies by mainstream institutions, individuals and companies.

Moreover, Galaxy Digital is also a shareholder in Block.One and they have a large number of EOS tokens. Novogratz has also mentioned that they strongly believe that Brendan Blumer is a good leader for the project and they are very excited about the new announcement that is going to be made in June.

At the time of writing this article, Bitcoin is traded around $8,335 and it has a market capitalization of $147 billion. In the last 24 hours, the virtual currency dropped over 5% after reaching $9,000.