Firefox Quantum, the latest version of Firefox web browser, has a new privacy feature that will protect users against cryptojacking attacks. These kinds of attacks have expanded across the cryptocurrency industry during the last few years. Fraudsters can steal users’ CPU and GPU power to mine digital currencies such as Monero (XMR) without having to pay for electricity. The information was released by Mozilla in a recently released blog post.

Mozilla has been working on a solution for users to be protected against cryptojacking attacks. This is why they informed their users that there were some websites that were consuming visitors’ CPU power to mine digital currencies without them being aware.

In order to solve this problem, Mozilla decided to partner with the online privacy company called Disconnect in order to create a crypto mining blocker for the browser. Interested users that want to be protected about these attacks can activate the feature that will block attackers from using CPU power.

Today’s Firefox release gives you the option to “flip a switch” in the browser and protect yourself from these nefarious practices.

This is not the first time that Mozilla announces that it was going to be blocking these attacks on its web browser. Before launching the new Quantum update, Firefox already featured cryptojacking protection in its Firefox Nightly 68 and Beta 67. Moreover, the latest update wants to mitigate fingerprinting. This makes a digital fingerprint of a user that is then used to monitor their activities on the internet. 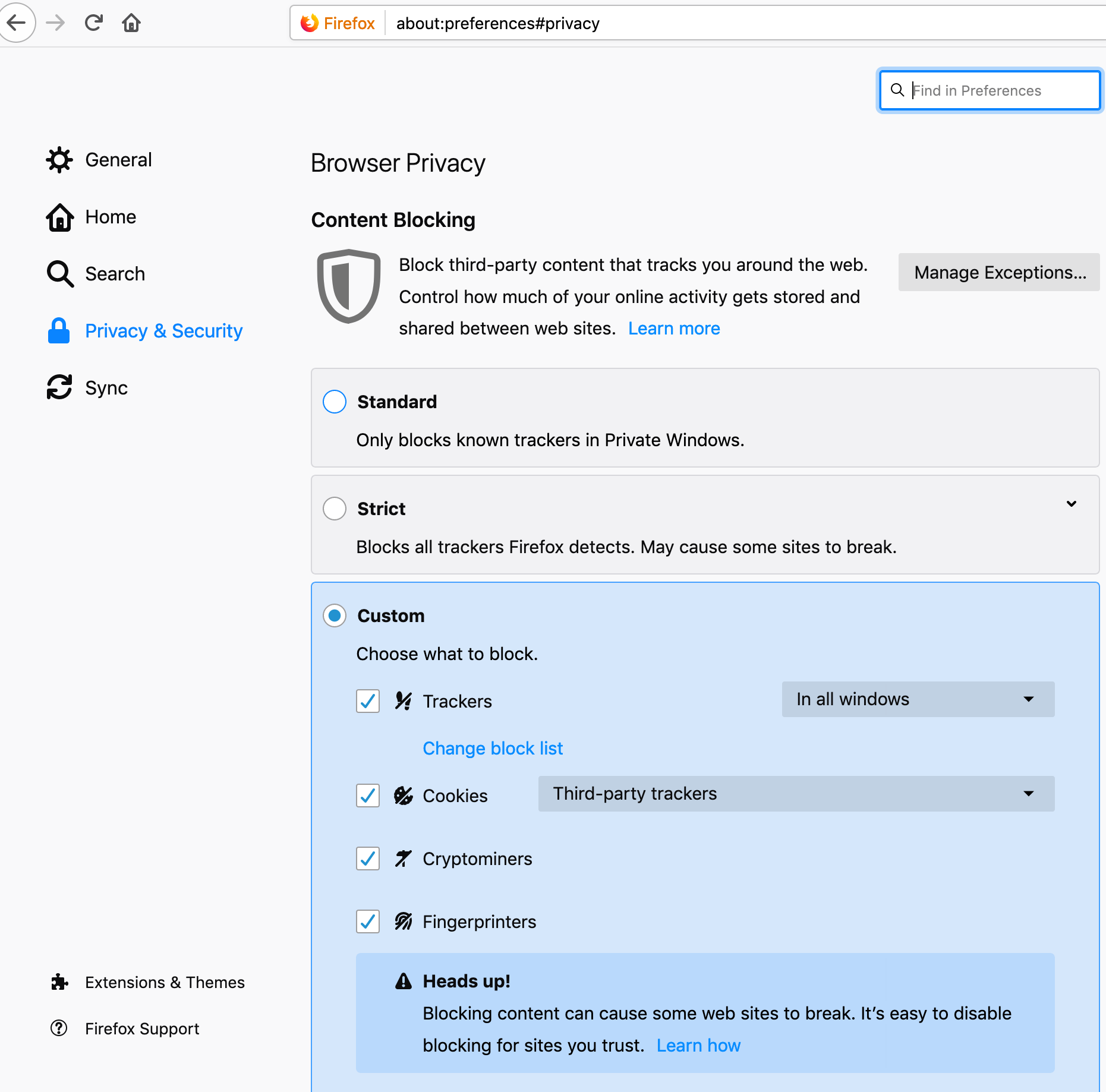 The cybersecurity company MalwareBytes, explained last month in a report that cryptojacking at the consumer level was “essentially extinct.” Earlier in March, CoinHive shut down its operations and consumer crypto mining attacks dropped substantially.

The report released by MalwareBytes reads as follows:

“Detections of consumer-focused bitcoin miners have dropped significantly over the last year and even from last quarter, while business-focused miners have increased from the previous quarter, especially in the APAC region.”

Moreover, the report says that consumer malware detections have gone down by approximately 40%. Businesses are now being affected by these cryptojacking attempts since they tend to have a larger computing power that can be used. During the first quarter of this year, business detection increased by about 7 percent.