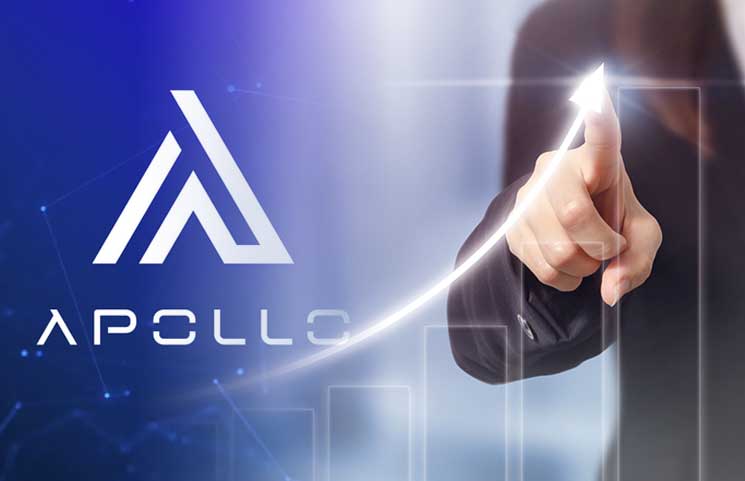 While nobody gets surprised with how prices go up and down in the crypto industry anymore, sometimes a certain token appears and calls out everybody’s attention. This week, this is exactly what happened with Apollo Cryptocurrency (APL), a token that has seen its price rise over 400% in a single week now.

Apollo is a token that was created in 2017 as an all-in-one type of crypto. It has a bit of everything: smart contracts, sharding, privacy features, etc. However, there is just one slight issue, it does not actually do what it promises most of the time. The base token is a fork from NXT with block time reduced by 2 seconds and other smaller changes to the code.

The idea was to make a single powerful crypto by combining many features, but the critics of the token affirm that this is not what actually happened.

Behind the team of Apollo is a powerful marketer: John McAfee. The notorious crypto troll is listed as the chairman of the company and has mentioned it in his tweets before. Everybody knows that McAfee is kind of notorious for making exaggerated claims and he’s not fully reliable, so this does not add a lot of legitimacy to the token, despite how famous the man is.

The main clash here is that some people call Apollo a pure “Shitcoin” while others defend it and affirm that it helps the user to hide its IP better and that the token is good. Among the haters, they believe that Apollo has only changed some lines in the code of NXT and rebranded it.

One of the main arguments against Apollo can be seen in this Reddit post: https://www.reddit.com/r/CryptoCurrency/comments/ai5b62/apollo_apl_is_a_massive_scam_and_you_are_all/?st=jr6hxe0n&sh=9580ecf0. Here, the poster affirms that what is currently happening right is a pump and dump scheme.

The creators of Apollo are pumping the tokens everywhere and telling people that the prices will rise soon, which is causing the prices to actually rise a lot. After they do it, they want to dump their tokens while their price is high.

The Founder And The Telegram Group

Apollo’s founder is a man called Steve McCullah. He was accused of being a scammer in the past and of dumping coins using Telegram. According to the post, the Telegram is a completely brainwashed place. He was also accused of constantly changing his LinkedIn profile to make people believe that he is more experienced than he actually is.

People are banned for saying anything literally remotely looking negative. Some comments highlighted in the post asked, in a completely acceptable way, whether the token was the same as NXT or not and it was banned. People are banned for asking questions or for making comparisons like asking whether they think this is better than Monero or not.

Asking literally any question about the technology will also get you banned, it seems. The founder constantly keeps asking people to share fake news about Apollo and asking them to talk good things about the tech (the one you can’t ask anything about) on Twitter. People, as was being affirmed at the Reddit post, are sharing fake news and saying that Bitcoin is dead and that APL is the future, too.

We are yet to see information that backs the idea that Apollo is actually the future of something. The technology of the company does not seem to be very good, according to the information we have gathered, and, unfortunately, we have some doubts about the people involved in the project.

Unless you are a speculator who thinks you can make a profit quickly, you should avoid investing in this token. The risks are, in our opinion, pretty obvious, so sticking to Bitcoin might prove to be a better idea.

Remember to always be well informed and to never get into the hive mentality of suspicious Telegram groups.