‘Nothing has Really Changed’ in the Crypto Market, Despite the Weak Price Action

Bitcoin (BTC) Price
‘Nothing has Really Changed’ in the Crypto Market, Despite the Weak Price Action

Money and bullish news continue to flow into the Bitcoin market, with more to “start coming in early next month.”

“It is now time to start looking for a tradable bottom in BTCUSD and the other major cryptocurrency. I plan to keep an eye on the alts too,” tweeted John Bollinger, inventor of Bollinger Bands.

Meanwhile, analyst Mati Greenspan says, “a strong break below 50k could easily pave the way for a move down to 42k, and possibly 36k.”

The crypto asset briefly fell below its average price over the 50 days as well, which has been a support level so far this year, now having a $953 billion market cap. According to Miller Tabak + Co.’s chief market strategist, Matt Maley, a “lower-low below that level would scare a lot of momentum players.” 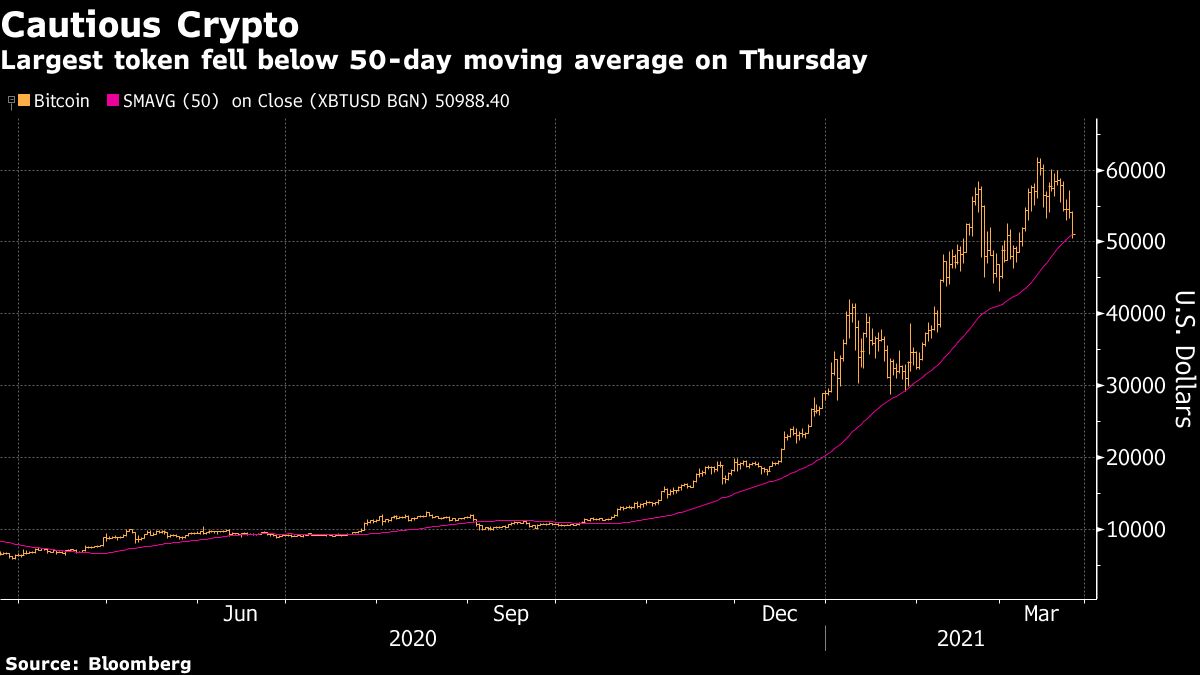 The pullback in Bitcoin and altcoins’ prices came amidst a wider retreat in other assets like tech stocks. A general Bitcoin downtrend is being “exacerbated by the move to value in general across asset classes” and away from areas like technology, said Vijay Ayyar, head of Asia Pacific with crypto exchange Luno in Singapore.

After an earlier wave of institutional adoption and stimulus-infused optimism among retail traders, the largest cryptocurrency fell for the fifth straight day, recording the longest losing streak since December.

Poll results have been showing that people have been planning to spend their stimulus checks in the markets. But given that markets fail to see the effects, unlike the last time, the speculation is growing that Americans will be spending them in the real economy.

While the traditional market analysts are back at calling it a downtrend again and seeing a limited upside with the likes of BIS’s Benoit Coeure reiterating that Bitcoin is not a currency, the crypto market says nothing has changed.

“The color and information we see from the street is largely from the institutional part of the market, and nothing has really changed in their view on the impact of stimulus on longer-term inflation and the role of digital assets as a hedge to that,” said Matt Long, head of distribution and prime brokerage at digital-asset platform OSL in Hong Kong.

Sovereign wealth funds and even the government are looking at Bitcoin, according to the NYDIG CEO.

Moreover, the New Zealand retirement fund, KiwiSaver, has reportedly invested 5% of its assets into Bitcoin. The pension fund, with NZ$350 million (US $244 million) in assets at the end of December, reportedly started investing in Oct. last year.

“If you are happy to invest in gold, you can’t really discount bitcoin,” said the fund’s chief investment officer, James Grigor.

Mike Novogratz, founder of crypto firm Galaxy Digital further believes wealthy baby boomers will be the next generation to jump into cryptocurrencies.

“It could be as much as a trillion dollars comes over the next year from that giant group of wealth,” said Novogratz in an interview at Reuters Digital Assets Week. He expects the money to “start coming in early next month.”