Only A Few Months of BTC Accumulation Left Before We Leave Bitcoin $7,000 Price Forever

Bitcoin is back to $7,000 after registering losses of more than 10 percent in the past 24-hours. This pullback as experts have called out is healthy for the market after shooting straight through $8,000 from $5,300. 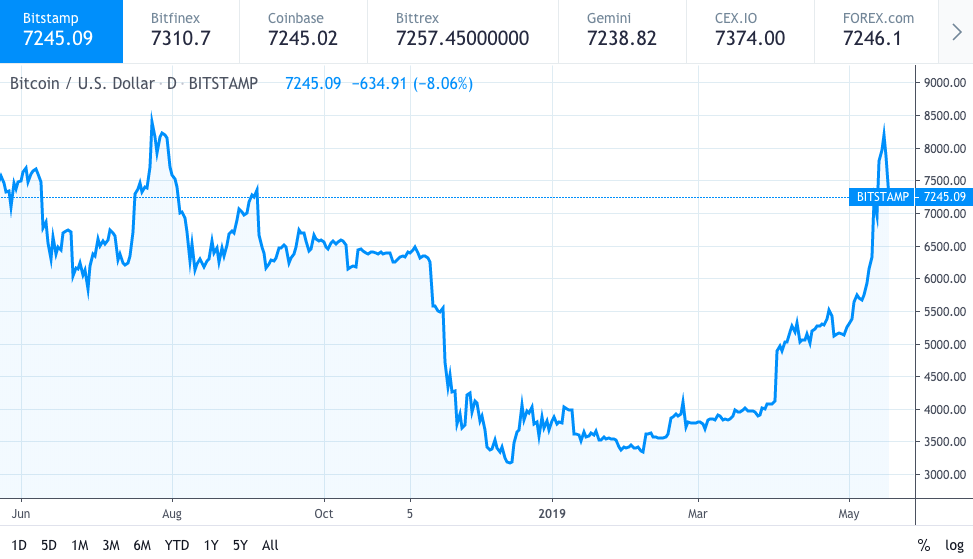 Despite this pullback, it is expected the selling will continue but what remains to be seen at this point is if a “major” correction will occur after seeing another jump to the $9,000 – $10,000 range or we will simply continue downwards.

That move pretty much confirms that the top is in. We may get a short rally, but I expect the selling to continue.

These ongoing reds are the sign of accumulation period as crypto trader Moon Overlord explains that after each bear market of Bitcoin, this phase comes into motion. He further says this means the time is almost up before the next bull market starts.

“There's a few months tops of accumulation left before it leaves these price levels forever.”

This he explains means bitcoin bottom is in which the long term Bitcoin trend line is supporting as well. However, this also means he doesn’t see any scenario where we would break below this as the momentum is shifting and the bids around this level are growing every day.

As for the level, we could see after the correction, expected to take place, Moon Overlord says the absolute lowest price Bitcoin can reach now is around $4,000 only which he says even this level seems unlikely at this point.

The rally that took Bitcoin to above $8,300 level has been driven by institutional investors as we saw the trading volume on CME Bitcoin futures surpassing $1 billion notional value.

#bitcoin futures trading volume on the @CMEGroup has reached its highest monthly volume ever. In the figure below we diagram notional trading volume since product inception. pic.twitter.com/ZvXbNAKoM3

Moreover, amidst the ongoing US-China trade war that keeps on escalating, triggering a drop in global markets, Bitcoin has emerged as the winner.

Maybe just a coincidence but you tell me

Bitcoin is winning the trade war while China and US is a lose-lose pic.twitter.com/8FmVcaHjjh

The things could get even worse as Chinese state media has reported that China is prepared to suspend the trade talks with the United States if they continue its tough action against Beijing.

“If there is no real concrete action by the United States, it will be meaningless for you to come and talk,” a commentary published by Taoran Notes, a social media account affiliated with Economic Dail said referring to US Treasury Secretary Steven Mnuchin’s announcement on Wednesday that he would go to Beijing to continue talks.

“We will take countermeasures against anyone who puts tariffs on us.”

If the trade talks intensify further, it is a real possibility, Bitcoin will further rise in value as it did this time.