The developer of OpenLibra project has come under fire after after several ‘members’ accused him of misrepresenting the individuals and organizations behind the ‘Libra-based permissionless stablecoin, CoinDesk reports.

Just days after the initial reports broke about OpenLibra, what's been called a ‘bitcoin cash moment', has now seen at least four people and organizations have already disavowed the ‘open' Facebook Libra project just hours after it was unveiled in Devcon. OpenLibra was unveiled on Oct.9 as a decentralized fork of Facebook’s digital currency Libra said to be free from corporate control. Some of the people listed as distributors to the project claim that their involvement was taken out of proportion.

Sunny Aggarwal who is a core developer at Tendermint – blockchain startup- said that he just showed up for one of the community calls for the project and did not do anything after that. He added that he was never consulted before his name could be used on the unveiling slides.

Other than Aggarwal, Chainlink, Hashed and Web3 Foundation representatives also said their names were listed on the OpenLibra slide deck that was presented at Devcon without their prior knowledge and permission.

Web3 Foundation, as well as Hashed, claim that their names were mistakenly linked with those of staff who are no longer with the companies.

The head of communication at Web3 Foundation, Zeke Turner, said that the company does not oppose OpenLibra but they are not part of the project.

The founder of the OpenLibra project, Lucas Geiger, has already apologized for the mishap. Geiger sent a telegram message to Sergey Nazorov, Chainlink CEO saying that his team was in a rush preparing materials and part of his team used a list that contained both partners and potential ones and posted it on the site. We’ve removed it, he continued, apologizing for any trouble caused. 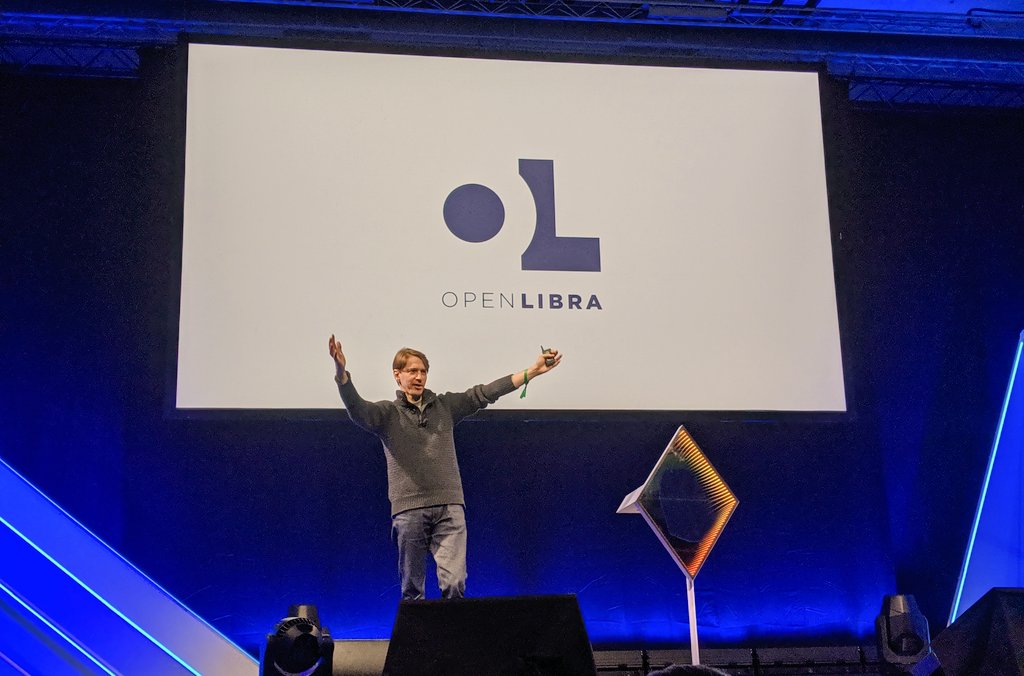 Despite the apology, Geiger did not indicate which individuals or organizations were potential partners from the list that was released during the unveiling.

“The OpenLibra project is a loose collective of individuals.”

By the time of publication, nine people had confirmed their involvement with the OpenLibra project.

During the grand release presentation of OpenLibra at Devcon, Geiger put it, “in Libra we trust, in Facebook we don't” .. but now what to think of the mess and frenzy buzzing about how an early mishap of who was involved, let alone supported and backed the new concept.

Especially when, given the news about OpenLibra, there are stories circulating about pulling an exit scam with Wireline in 2018 via ICO. 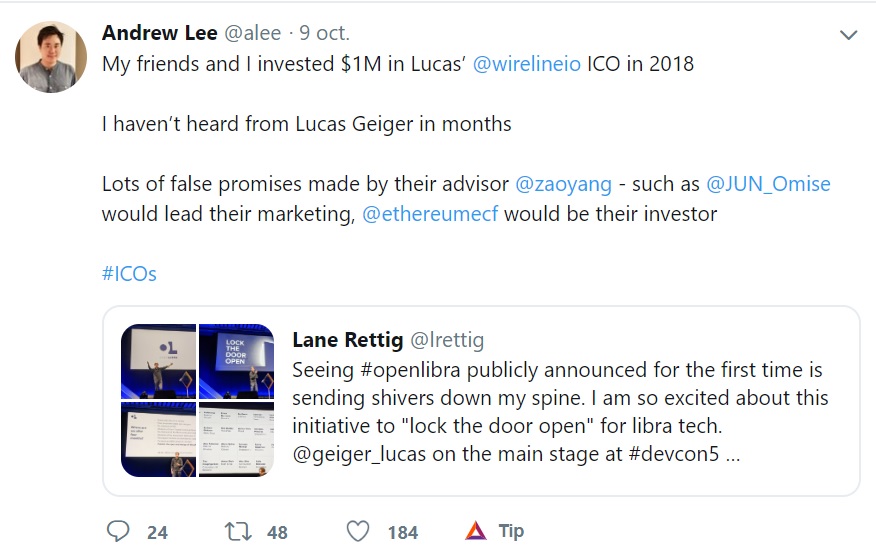 and Andrew Lee further elaborating on trying to get in touch with Lucas Geiger.

The plot thickens, be sure to come back as we will have more updates once available.