Teeka Tiwari, former Wall Street trading veteran and current Chief Investment Analyst of the Palm Beach Research Group, is no stranger to the financial world. He’s hosted multiple webinars (5 Coins to $5 Million or Wall Street Underground) and events to help educate consumers on the way to invest their own funds to make progress in their finances. Recently, Tiwari posted about an ongoing question he asks himself – “How do I show my readers the chance to take serious money off the table faster?”

He explains that he’s been speaking with some of his contacts, finally discovering an effective solution. While not many details are revealed about the Palm Beach Quant trader yet, Teeka does share that it is an entirely different kind of trading system developed by a rocket scientist, a software engineer with aerospace giant Northrop Grumman, and a former member of the Chicago Board of Trade.

He adds that this option is so effective that he pulled some of his own cryptocurrency investments so he could get involved as well, saying that it has managed to call multiple major moves that have happened in the Dow through the last 20 years, like the financial crisis in 2008 and the dot-com crash. The details of the system won’t be available until November 13th, but he’s released a website that lets interested individuals register. As an example listed, Teeka says he is on record helping people see gains of over 11,000% and 14,000% on just two of his record-breaking trade recommendations – enough to turn $500 invested in each into $125,000.

The exclusivity of this system appears to be the biggest highly, as Tiwari comments that the everyday individuals have not had access to it before. In fact, he adds that it is likely that consumers won’t have this chance again, and that it “won’t be suitable for everyone.” However, if this system is compatible with the interested individual, they would end up reaching six figures in profits every year.

Tiwari takes a moment to review his career so far to give readers something to trust. He became the youngest vice president for Shearson Lehman Bros. at age 21, and he eventually managed his own hedge fund after 15 years of experience on Wall Street. His fund gave him the opportunity to make millions of dollars for his clients, using foreign markets, commodities, and individual trades. He’s been featured on many reputable programs for his progress, including Nightline on ABC, Fox Business News, and CNBC.

The individuals who have followed Tiwari so far have made upwards of 14,000% on their original investment, though the gains vary from person to person.

Once the user is registered for the event, the user is given the chance to upgrade to a VIP status. If the user chooses to upgrade, they will receive a bonus – a special report called My Top 2 Ways for Making More Money with Less Risk. 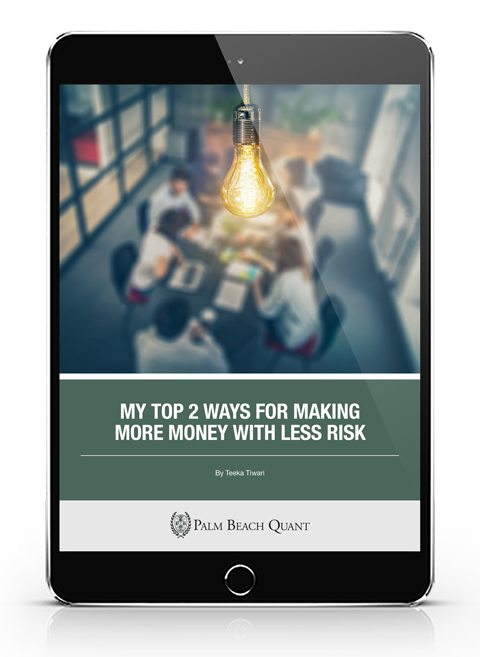 The bonus report shows two main strategies that Tiwari picked up on Wall Street that eventually helped him to secure his wealth. The user only has to enter their phone number to upgrade, which will give them a recurring text message or call about the event. Calls will come from 561-570-6908, while text messages will come from 384-70. There aren’t any additional fees associated with this upgrade, and consumers can text “stop” at any time to opt out of the reminders.

When Is the Event?

Consumers have an opportunity to participate in the upcoming event that will go live on Wednesday, November 13th at 8PM EST, which Tiwari states is free to attend. To register, consumers need to input their email on the website, and do not need any trading experience whatsoever. Instead, it will teach consumers how to make “a 12-second move” that doesn’t require stocks, cryptocurrencies, or private placements, all while making $12,000 per month.

By registering for the November 13th event, consumers are provided with two free gifts –

“A projection” for what the industry can expect for the next six months involving stocks, the dollar, gold, and interest rates.

A recommendation from the system for free

In order to receive the second of the options, the user is required to attend the event on November 13th at 8pm. There will not be a second or delayed opportunity to get involved.

While consumers won’t be able to gain access to this exclusive system before November 13th at 8pm, there are two training sessions set up on November 8th and November 11th. Though consumers will find the links on the websites, the materials at these training sessions will not be made available before their respective dates.

This exclusive event, which seemingly has not actually been titled or advertised under any specific name other than Palm Beach Quant, will be available to attend in about two weeks, with multiple training sessions and the opportunity for VIP upgrades. How could you not sign up for a special event with a tagline of “If you can spare 12 seconds a month, I will show you how you could get a guaranteed shot to see $12,000 every 30 days – and to prove it to you, you’ll get your first trade recommendation FREE…”

In the meantime, attendance to all of these events are free, and consumers still have plenty of time to sign up to learn how to gain six figures on top of their income. With limited information, this is the type of event that consumers have to attend to understand.

Click now to get signed up and reserve your spot to watch and witness Teeka Tiwari break down the Palm Beach Quant offer and trading investment system.