Ripple is one of the largest and most recognized companies in the cryptocurrency space. They are working in order to expand distributed ledger technology (DLT) as a tool to perform cross-border transactions. Ripple claims that using XRP and other systems they’ve created is going to help financial institutions and users to reduce their costs when moving funds across borders.

The San Francisco startup will use the funds gathered in order to fund its operations and expenses this month. These transactions are usually processed by Ripple. This transaction included a memo that said: 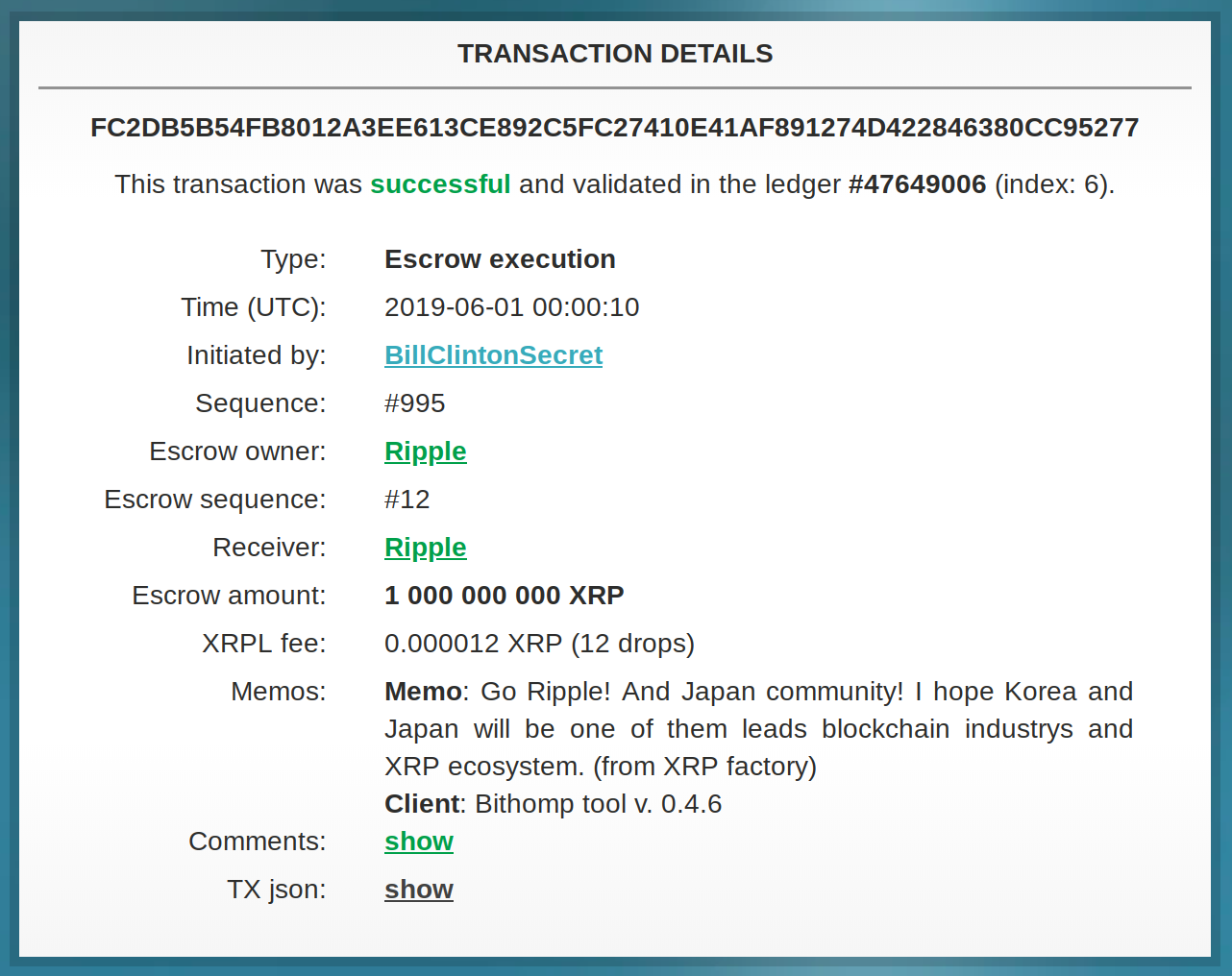 Ripple also owns more than half of the total supply of XRP ever issued. This shows that the company controls a large portion of the funds that are moving in the market nowadays. Although it would be interesting to know who is purchasing XRP, it is not possible to have this information. Ripple does not reveal the names of XRP buyers.

At the same time, there are some blockchain analysts and bots that follow the movements performed by larger buyers and sellers. However, some of them are not identified.

Whale Alert, for example, is usually reporting large movements of funds in different blockchains, including the XRP Ledger.

During the first quarter of the current year, Ripple sold almost $170 million worth of XRP. Since 2016, the firm was able to sell $890 million in XRP to the market. 34.4% of the funds were sold to exchanges and 65.5% to institutions, according to a recent report released by The Block.

Some users and crypto enthusiasts ask whether the current movement of funds has an influence over prices.

At the time of writing this article, XRP is the third largest cryptocurrency in the market. It has a market capitalization of $17.38 billion and each XRP can be purchased for $0.411, according to CoinMarketCap.