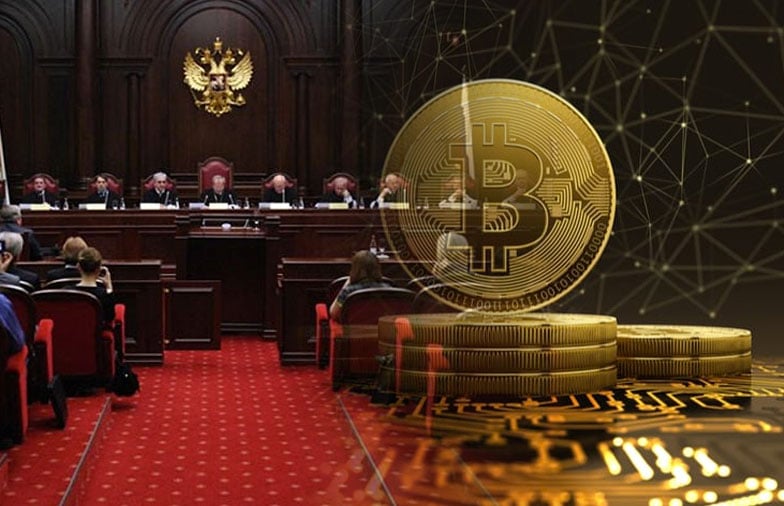 Russian government and regulators have maintained a passive stance on crypto despite them trying to regulate it under current property laws.

A victim of a kidnapping in Russia who lost $90,000 worth of Russian Rubles and 99.7 in stolen Bitcoin, appealed to the court almost two years ago, to force the kidnappers to return his stolen bitcoin worth about $900,000 when the crime was committed.

However, the judge ruled against the victim, citing Bitcoin is not a legal tender in the country and is not deemed as property and thus cannot be returned.

The judge ruled the kidnappers must return a portion of the stolen Russian Rubel and sentenced them to 7-10 years of prison. The court order denying the victim possession of his stolen bitcoin could still be challenged in a higher court.

Russian government and regulators have maintained a passive stance on crypto despite them trying to regulate it under current property laws. Despite the court orderings and several deadlines, the status of cryptocurrencies in Russia is still uncertain.

The latest draft bill titled “On Digital Financial Assets,” recommends stricter measures to curb the use of digital currencies. However, if the bill is approved, it would categorize Bitcoin as a property that the victim can use to claim his stolen bitcoins back.

While the country hasn’t taken any concrete steps to legalize the trading or use of crypto, Russia saw a massive boom in usage during the COVID-19 outbreak.

The lockdown imposed by almost all severely hit countries for a couple of months saw a complete restriction on accessing public services, including banks. This forced the public to look for alternatives.

Russia Not Keen on Having an Alternate Financial System

Most of the countries believe legalizing bitcoin would put their financial sovereignty at risk as people would start jumping ships to a newer form of currency. This is the reason many countries are reluctant to regulate bitcoin or cryptocurrencies, including Russia. Even those countries which have regulated it has made it legal only for trading and not to use as a tender.

The Russian Central Bank holds a similar view and believes bitcoin cannot be granted a legal tender status, however, many other Russian government agencies believe banning is not an option as it would create a black market outside the jurisdictions of the government and it could also impact the flourishing blockchain industry in the country.

The Ministry of Economic Development believes a ban on cryptocurrencies could force a nascent sector out of the country, which would then cause an adverse effect on its economy in the long term.