Does Satoshi Really Have One Million Bitcoin?

Bitcoin creator Satoshi Nakamoto is a crucial part of bitcoin’s lore. He could also be the world’s most reclusive billionaire: as the purported owner of one million bitcoins, Satoshi has a net worth of over $6 billion.

But does Satoshi really have one million bitcoins? We accept it as fact that Satoshi is the world’s largest – and longest-running – bitcoin hodler. But has anyone really checked?

Does Satoshi have a million bitcoin?

Although the evidence is far less robust than many assume, there is reasonable evidence that a single dominant miner in 2009 could have generated around 700,000 bitcoin. 1 million bitcoin may be an overestimatehttps://t.co/KReJ1e78yw pic.twitter.com/RkE8khEA8S

Our friends at BitMEX recently tried to answer that question. In a blog post, Bitmex analyzed bitcoin’s historic blockchain data and mining rewards to determine whether or not Satoshi Nakamoto is really the owner of over one million bitcoins.

Satoshi purportedly built his fortune by mining bitcoin blocks during the early days of bitcoin. During this time period, Satoshi was the single dominant miner on the bitcoin network.

Bitmex’s analysis reveals some surprising results. Bitmex, for example, doesn’t believe that Satoshi – or any miner from that time period – was able to mine 700,000 bitcoin:

“…although the evidence is far less robust than many assume, there is reasonable evidence that a single dominant miner in 2009 could have generated around 700,000 bitcoin. Although our analysis itself is weak and there is no perfect way of approaching this problem.”

Today, generating one million bitcoin in a year through mining is impossible. In 2009 and the early days of the bitcoin blockchain, however, it was feasible. The hashrate in 2009 was at a low level of approximately 7 million hashes per second. That means a single dominant miner – anyone with a decent PC – could have generated significant numbers of bitcoins through mining rewards.

First, Bitmex looks at Sergio’s analysis from 2013. Sergio attempted to prove that Satoshi Nakamoto owned at least one million bitcoins. Sergio concluded that a single dominant miner in 2009 could have feasibly mined over a million bitcoins, and that it was likely Satoshi was this dominant miner.

Sergio’s study, however, was greeted with skepticism by the crypto community.

Critics claimed the 7 MH/second estimate was based on block timestamps and was unreliable, and that the sample size wasn’t large enough. They claimed there was no reason to assume that Satoshi mined alone during the first 14 days. We also have evidence online about users claiming to mine bitcoin during this time period, which suggests Satoshi wasn’t the only one. Finally, Sergio’s assumptions about mining hardware were viewed with skepticism.

Bitmex is skeptical about some aspects of Sergio’s claim:

“It is likely that some people could have been biased in dismissing Sergio’s claims, since if Satoshi had mined a significant proportion of the early coins, in the eyes of some that could damage the monetary integrity of the system. However, in our view, the evidence Sergio initially presented was somewhat weak.”

Because of that skepticism, Bitmex decided to take another look.

How ExtraNonce Was Used to Identify Satoshi’s Mining

A few days after his report appeared online, Sergio released new evidence on his blog. That evidence proved a much stronger point: that a single miner was dominant during the early days of the bitcoin network, and that miner was likely Satoshi. 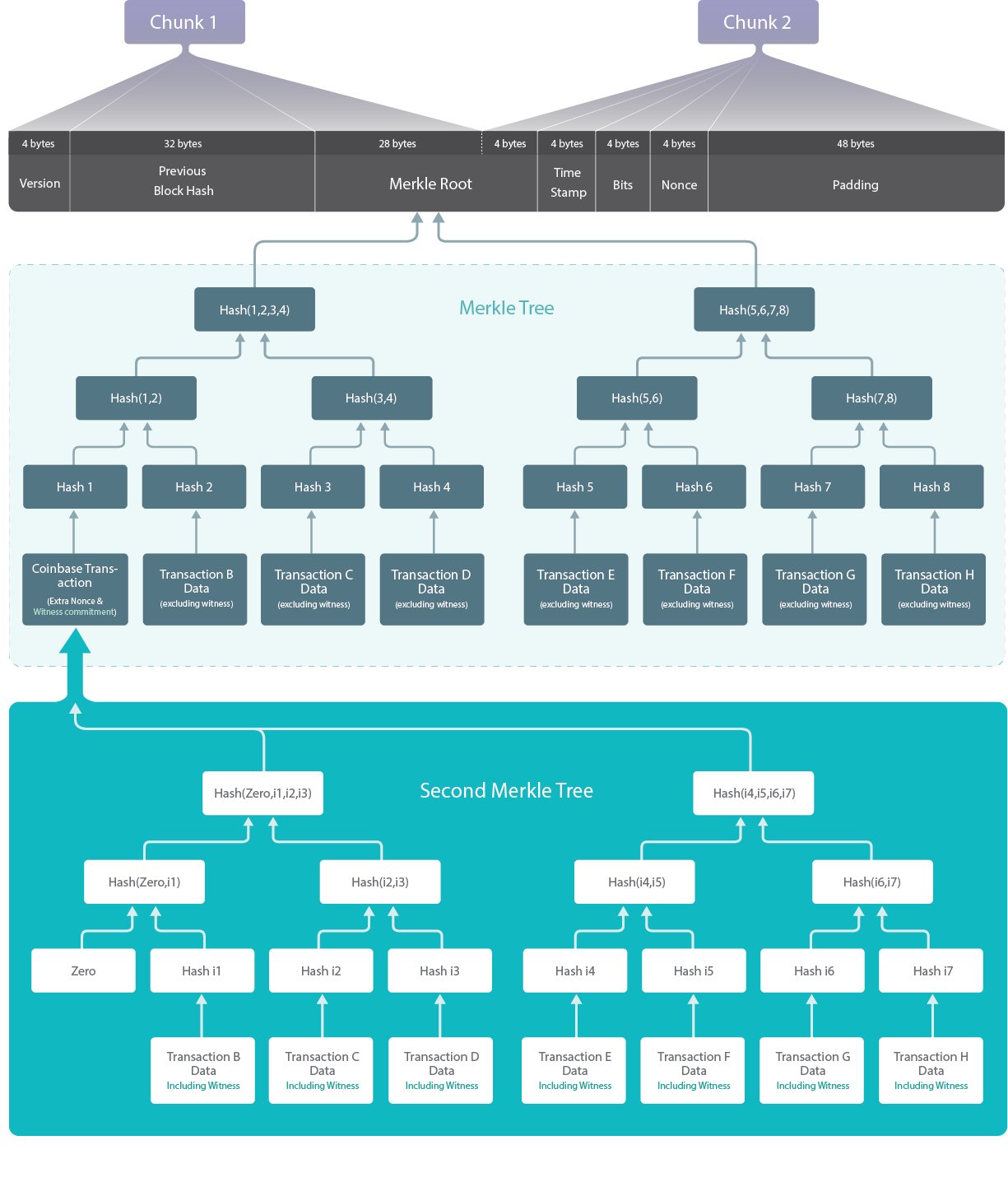 In layman’s terms, that means every block reward has a consistent pattern. We can’t tie those block rewards to a single miner, but we can use similar ExtraNonce values to assume that blocks were mined by the same miner.

Sergio used the ExtraNonce analysis to claim that Satoshi did indeed own one million bitcoins. Bitmex, however, isn’t so certain. 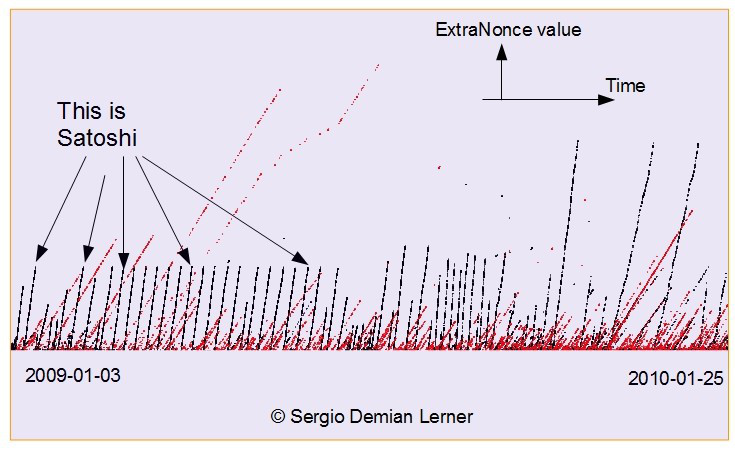 Jumping ahead to 2018, Bitmex decided to repeat Sergio’s analysis with some new changes.

Bitmex agreed with Sergio’s conclusion up to August 2009. However, they believe Sergio was overreaching on his conclusion that Satoshi was able to mine one million bitcoin during this time period.

“In conclusion, although there is strong evidence of a dominant miner in 2009, we think the evidence is far less robust than many have assumed. Although a picture is worth a thousand words, sometimes pictures can be a little misleading. Even if one is convinced, the evidence only supports the claim that the dominant miner may have generated significantly less than a million bitcoin in our view. Perhaps 600,000 to 700,000 bitcoin is a better estimate.”

Interestingly, the lawsuit involving Craig Wright mentions a stash of 1.1 million bitcoins. Craig Wright – who has claimed to be Satoshi in the past – mined bitcoin in the early days of the network with a business partner.

It remains unclear who Satoshi Nakamoto is. But one thing is certain: Satoshi’s bitcoin stash from his early mining activity has not yet been touched. When those bitcoins move – if ever, it will be a historic day for the crypto community.