Ever since the March sell-off, the amount of Bitcoin sitting on the centralized cryptocurrency exchanges has declined. This has now fallen to the levels last seen in November 2018.

In mid-February, the crypto exchange’s BTC balance was at its peak at 2.97 million BTC, which dropped 13% to 2.57 million, as per Glassnode. 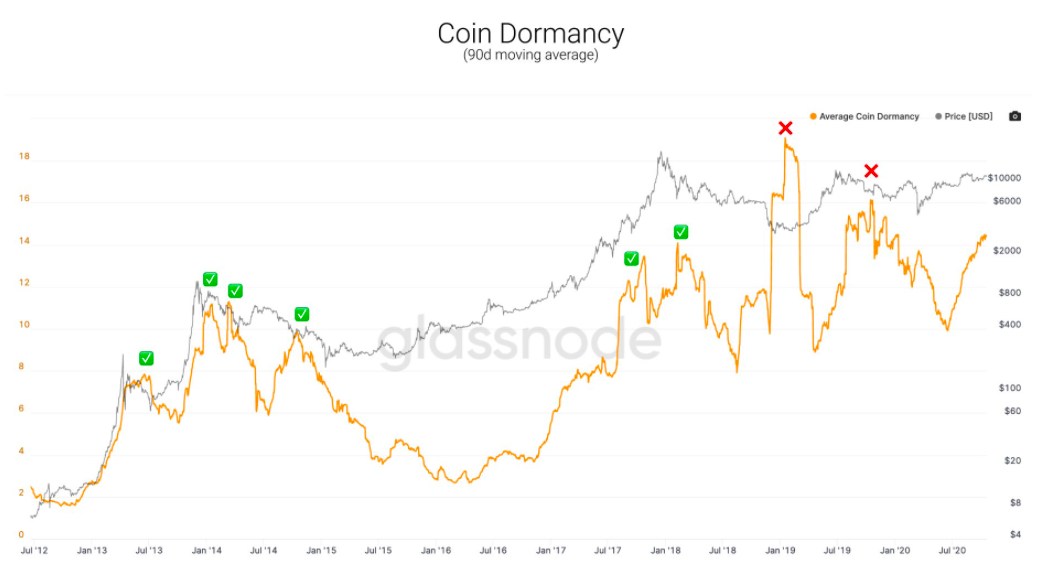 Given that, just last week, another crypto exchange KuCoin lost $281 million of user funds in a theft, makes sense why the BTC in custodial exchange wallets continues to decline. It could be said that bitcoin holders have been going with ‘not your keys, not your bitcoin’ and have taken to self-custody.

Unlike the BTC balance on centralized exchanges going down, decentralized finance (DeFi) sees strong growth in the use of Bitcoin. While 1.116k BTC is locked up in the Lightning Network, a whopping 126,325 BTC in total is on Ethereum.

Wrapped Bitcoin (WBTC) is the dominating force behind this whose contribution exploded from 1,180 BTC in early May to the current 93,283 BTC.

Now, criminal charges on BitMEX are contributing to this drainage. The exchange that held almost 1% of Bitcoins’ circulating supply, nearly~$2b worth of Bitcoin in their vaults, saw nearly 50,000 BTC (over 25%) withdrawn over the past couple of days.

After the March sell-off, BitMEX’s BTC balance crashed by over 36% by Sept. 1st, at 188,343 BTC. Then, CFTC’s announcement saw it further declining, much of which was captured by Binance and Gemini.

While the volume on the exchange is keeping above $1 billion, traders have been closing their positions as reflected in the declining open interest. OI has dropped over 20%, from 54,000 BTC ($582 in USD terms) to about 43k BTC ($452 million). Long futures positions are actually unwinding with more urgency, as seen in the BitMEX basis decoupling from other exchanges.