There is currently a bit of controversy surrounding TRON’s accelerator competition which closed on the 4th of January 2019 and had a prize of million dollars.

This is according to feedback from users on TRON’s discord channel from dapp developers. TRON acquired BitTorrent back in 2018 and its dapp Platform is in the top ten most valuable platforms by market cap.

However, there seems to be some trouble in paradise as new accusations have come out according to crypto media site EthereumWorldNews.

The accusation being leveled against TRON is that they are pumping the price of TRX, their native token by luring away dapp developers from other platforms.

According to feedback on the channel, they have taken particular interest in luring away developers from the Ethereum platform. This, they say, has been done by means of large competition prizes as well as their accelerator program.

According to a Reddit user, TRON recently sent out emails to developers, essentially changing the rules of their completions after it had closed. The change being made was with regards to the distribution of prizes.

“Due to the unexpectedly high volume of competitive projects, we have made some adjustments to the prize structure, one of them is to award over 100+ projects instead of 56 projects. More details to be announced soon. Please stay tuned:),” the email allegedly said.

This is hardly the only person who has spoken out. A user on discord by the name of Phils stated that the minimum prize for one of their competitors was reduced from $5,000 to $1,000. Phil is apparently representing a Super Representative. 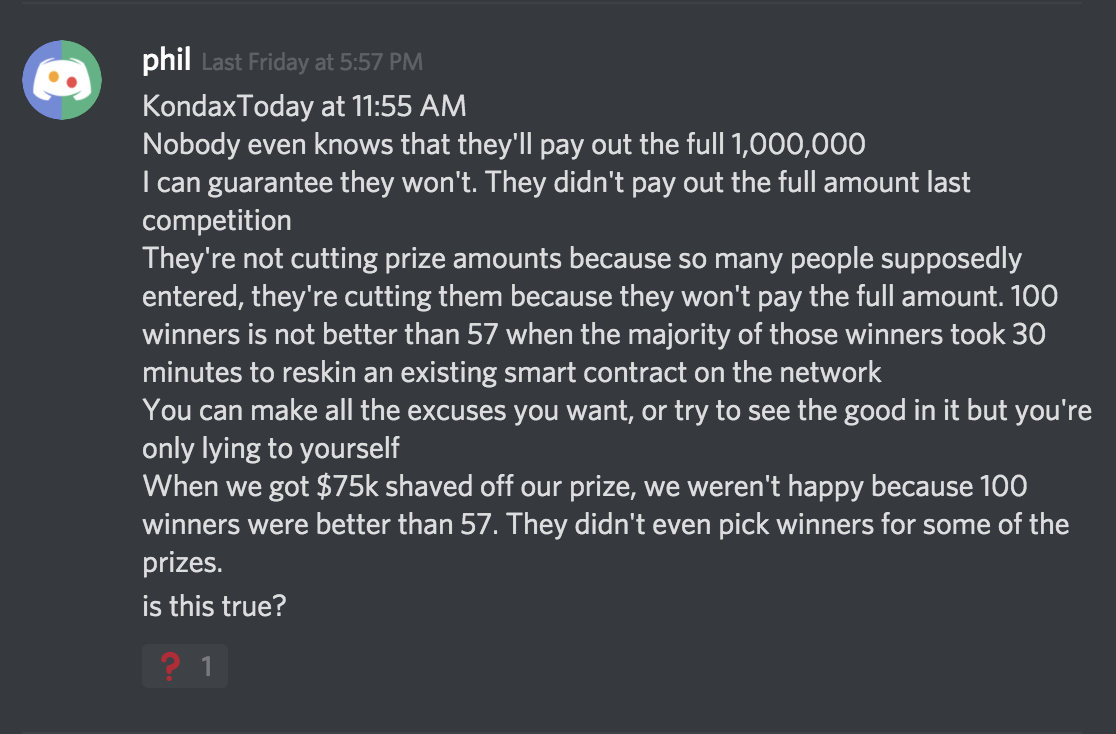 Other accusations being made include contestants who aren’t on the mainnet being allowed to win (being on the mainnet is an important criterion for eligibility), no public list of winners, the grand prize winner being a project with no public information and some Ponzi games being picked as winners.

What is Being Done?

Devs complaining on discord about the accelerator competition. Prizes being reduced, clones winning, no pubic announcement of winners, non-mainnet dapps winning despite rules. Any comment? Wait for nitron2019?

TRON CEO Justin Sun has been informed of this development on Twitter and according to reports, he has visited the discord channel and a number of copycat projects have been removed from the potential winners of a competition. 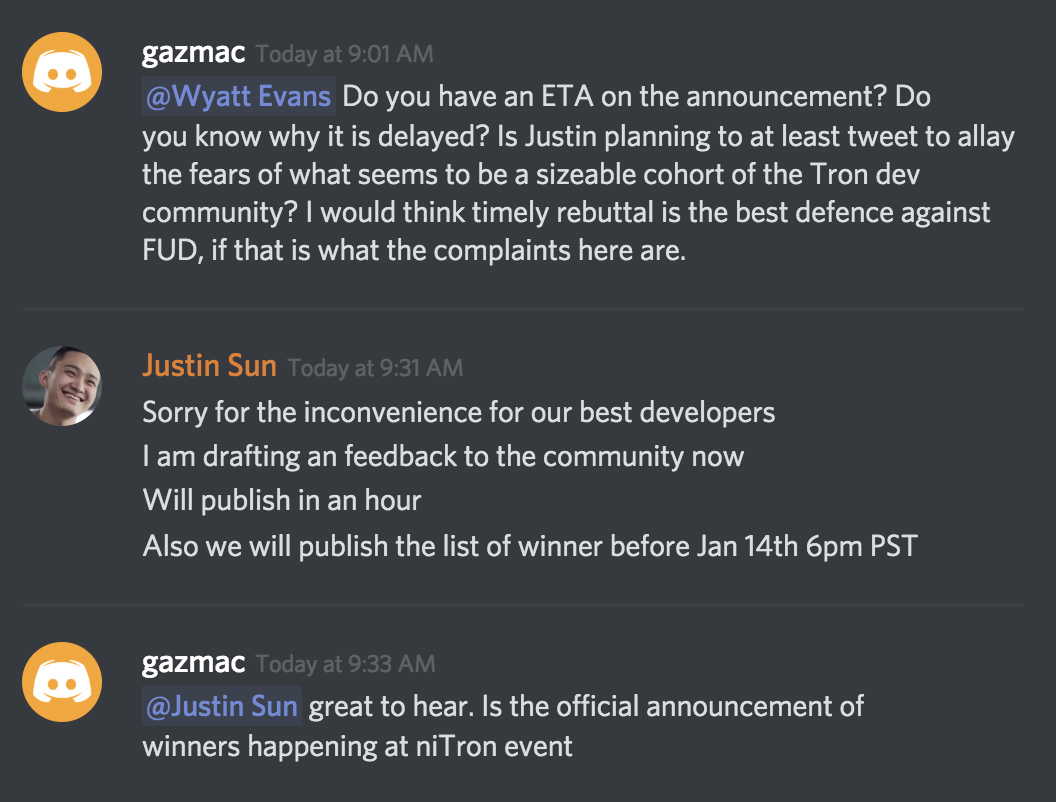 On top of this, some highly rated projects, one of which Sun himself had praised, had been overlooked by the judges. Sun has said that he will look into the matter.

No official statement has been given to developers, however, which fuels the rumors that TRON is only trying to get developers on board to boost their numbers, only to withdraw support for them once they get what they want.