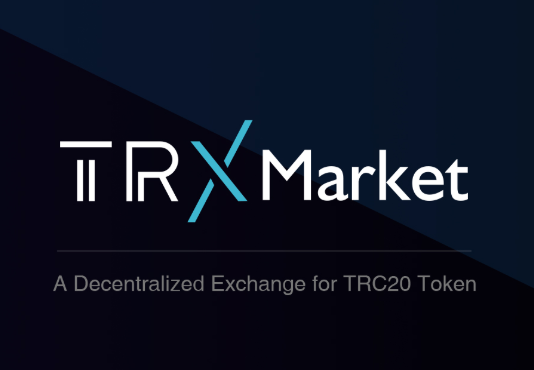 At the moment, there’s limited information about TRX Market available online, including who’s running it and how it will work. One of the major pieces of information about the exchange comes from a tweet yesterday from @WLFOFMYST, who was one of the first to mentioned the TRX decentralized exchange online.

💥 Remember my tweet about thinking Justin would probably have his own exchange??
Click this link homies 😉https://t.co/linlZvGJT2$trx #trx #tron

If successful, the exchange would facilitate the trading of TRC20 tokens – which are similar to the idea of ERC20 tokens. TRC20 tokens are standard tokens on the Tron network and are used as part of the TrustNote DAG public ledger.

The announcement was spotted by twitter users earlier today.

Other information about TRXMarket was posted online by the Tron Foundation’s Justin Sun, who confirmed that TRX Market would be a decentralized exchange on the Tron network. Sun also announced that the TRXMarket team plans to be a candidate in the upcoming Super Representative elections:

The announcement from the Tron Super Representative page states that the TRX Market team plans to work in partnership with the 26 other elected SRs to build, maintain, and grow the TRON Community while pushing the blockchain-based ecosystem forward.

As far as we can tell, TRXMarket is not in development by the Tron Foundation, and the two entities appear to be entirely separate.

Clearly, Justin Sun and the Tron Foundation team are committed to maintaining a hands-off approach in terms of Tron ecosystem governance. After the SRs are elected, the community will wholly decide the future of the Tron ecosystem in partnership with the SRs that represent them. Tron could be one of the first successful decentralized governance systems in the community.

What Tokens Will Be Listed on TRX Market?

It’s unclear which tokens will be listed on TRX Market.

Others argue that TRXMarket will be specifically for tokens created on the Tron mainnet – something that has yet to be launched.

Meanwhile, the basic information about TRX Market available online today mentions the possibility of TRC20 tokens. The TRC20 protocol isn’t nearly as well-developed as Ethereum’s ERC20 protocol. However, we know that the TRC20 protocol will be part of the TrustNote minable Directed Acyclic Graph (DAG) public ledger. TrustNote aims to create a standard for easy, scalable, efficient microtransactions, with TRC20 tokens playing a key role in the ecosystem.

This would be huge news for TrustNote and the future TRC20 protocol. However, it’s unclear if TrustNote has any connection with the TRX Market project, and they have not yet made a statement about TRX Market.

Stay tuned to see where Tron’s TRX Market could go next.