The cryptocurrency community has been looking forward to the upcoming episode of 60 Minutes, since it has advertised Bitcoin as a primary topic. The show is known for going after controversial topics and trending subjects. To bring attention to this episode, 60 Minutes has recently tweeted about cryptocurrency, sharing a little bit of information about one of their subjects in the episode – the Bitcoin Pizza Guy.

In the early days of cryptocurrency, one man decided to trade his bitcoin for pizza. It was a historic event, but not such a great investment. "60 Minutes" reports, Sunday https://t.co/qS8Swvl5Go pic.twitter.com/raUBvyCD36

The tweet features a video as well, offering a one-minute clip with Anderson Cooper. Cooper interviews the Bitcoin Pizza Guy, better known as Laszlo Hanyecz. One of the interesting issues that Cooper brings up is the current value of Bitcoin, as opposed to the value when the investor spent BTC. However, he quickly shuts down by saying that this value simply is not an issue he wants to think about. The segment has been expected to be much more than just this small interview.

Laszlo Hanyecz talks for first time on television about what is believed to be the first real-world transaction involving cryptocurrency. He paid 10,000 bitcoin for some pizza https://t.co/gOf1BKeQ6W pic.twitter.com/aCpT9w8bb6

Now, the show is finally out, and CBS News has already published an article to summarize everything that went down. Providing a little background, the publication explains that Bitcoin was born a decade ago, offering the world a currency without governmental support or the ability to be held in a bank account. Bitcoin inspired the altcoins of the world as well, and early investors have made millions, if they have stayed in.

Cooper met with Lael Brainard of the Federal Reserve, Neha Narula of MIT Media Lab’s Digital Currency Initiative, Marco Streng of Genesis Mining, and Charlie Shrem of BitInstant. Brainard appeared to be on the episode as a type of warning to consumers that want to invest in the cryptocurrency world.

She explained that fiat currency has the benefit of legal protections and support from the government, and that it also comes with deposit insurance. Cryptocurrency, on the other hand, has no protection.

With all of these experts, Cooper aimed to get a more in-depth understanding of the industry, which will hopefully translate to the audience as well. She also confirmed Coopers summation of Bitcoin’s worth, when she was asked, “So it has value because people believe in it?” However, she was clear about the fact that cryptocurrency provides for experimentation, when it comes to the way money works and how to transfer value.

Cooper speaks with Streng during the conversation as well, who shows him a mine for cryptocurrency that he refers to as “the new gold mine.” Mining, for most crypto assets, is a crucial part of their infrastructure, and Genesis mining has tens of thousands of processing units to perform their mining tasks. 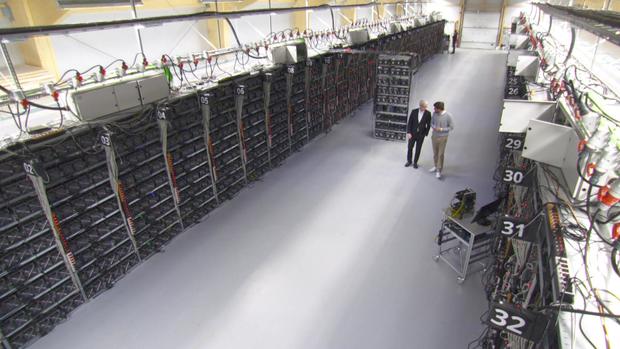 Shrem is described as a man that has “experienced the highs and lows” of cryptocurrency, explaining how he grew up as the outsider of the kids he knew, and grew into a man that “crashed hard” in this business. He explained he created BitInstant and did not realize how fast the success was going to be. His interview includes vital details about his relationships with Tyler and Cameron Winklevoss.

Throughout the episode, Cooper remains unable to uncover the biggest mystery of the Cryptoverse – who is Satoshi Nakamoto? Plenty of theories remain, but the episode primarily zones in on what the technology produced can do, and what cryptocurrency is. 60 Minutes has been on the air for quite some time, and their intensive reports earns them about 12 million viewers weekly, giving mainstream consumers a perspective that they may not have had otherwise. Still, for hardcore cynics, this plan could go astray like a former expose – “Bitcoin: Boom or Bust.”

In that show, the network described the documentary as “an eye-opening journey that proves to be as informative as it is entertaining and unexpected.” The description continues, saying that the were breaking down the “landscape” and the players involved with it to give the public a way to create their own impression. However, they did not do exactly what they said.

The host of the show, Melissa Lee, spoke about HODL, incorrectly calling it an acronym for “hold on for dear life,” before chief Monero team member Ricardo Spagni stated that it is actually a typo that gained a cult following in the community several years ago. He even went as far as to say that the error was made by “incompetent buffoons.”

Much of that documentary also spoke about Crypto Kid but did not show how much value it ultimately holds. Clearly, nothing is wrong with Crypto Kid, but there are many more proponents that would give more information that the public could use.

and this gem was also posted up for quick snippets:

Did this episode of the 60 Minutes show disappoint? Watch and find out for yourself!