When Will the Real Fun Begin For Bitcoin? After Hitting This Level

Bitcoin (BTC) Price
When Will the Real Fun Begin For Bitcoin? After Hitting This Level

Bitcoin hit a 13-month high to mark a bullish start of the week.

Bitcoin has soared over 70% this year, making it one of the best-performing assets. Huge bond-buying programs by the central bank and plummeting interest rates across the world have boosted the demand for the digital asset, which is increasingly seen as a hedge against inflation.

Things would get even more interesting if the flagship cryptocurrency can break above $14,000 this month.

Here's the history of breaking previous all-time-high monthly closes. If we close this month above 14k, it'll get fun.

Technical indicators are certainly in bitcoin’s favor with the digital asset now in the upper limits of its trading envelope indicator. Although breaking this level typically means a price decline, technicals suggest this time might be different. Moreover, Bitcoin’s 14-day Relative Strength Index (RSI) is not currently overbought, having a reading of 69, signaling further gains ahead. 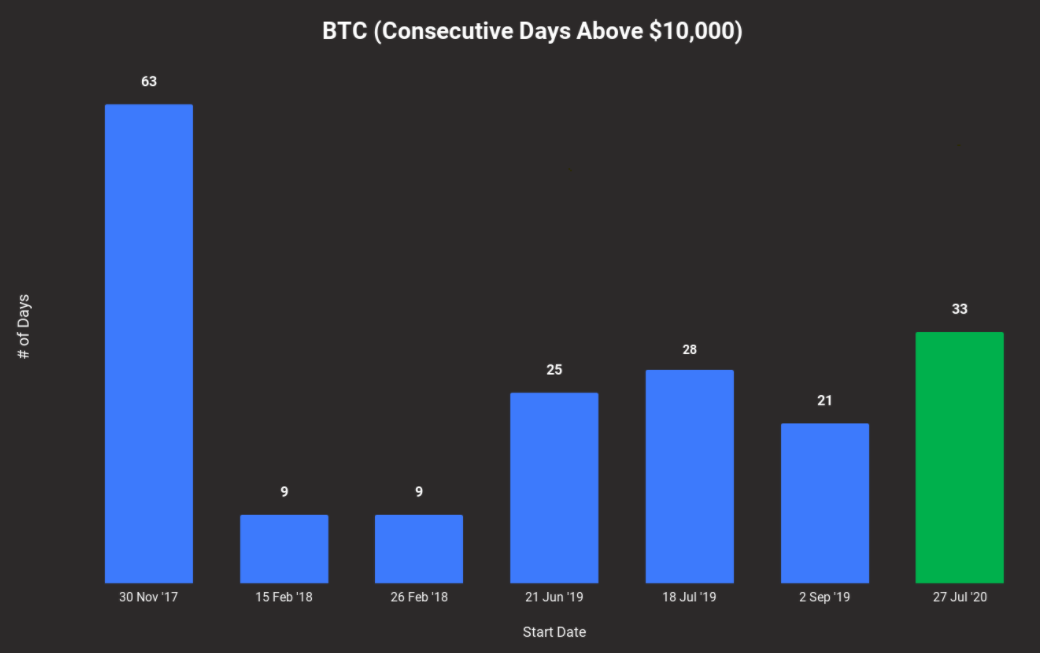 The market is experiencing the greens today with altcoins also surging that had Binance seeing “very high traffic.” As the exchange saw issues with auto-scaling, balance syncing, and traffic hitting limit, CEO Changpeng Zhao tweeted, “The next wave will be big.”

Interestingly, before bitcoin spiked, the trading volume of the digital asset has begun to decline over the past few days. But with this rally, the volume jumped, and in the past 24 hours, $3.65 billion worth of BTC exchanged hands, as per Messari.

While this gradual drop on bitcoin’s volume was bullish for altcoins that recorded significant gains, now that BTC is back on the move, altcoins might take a breather. LINK has already pulled back, which was expected, given that it is decoupled from bitcoin.

The exuberance across altcoins is so high that “people have been paying 100-500% annualized to be long via derivatives.”

Additionally, Bitcoin dominance is also “back on the crypto menu,” as it increases from about 60% to 61.25%. But we are back to declining, already under 61% as altcoins pump even harder.

Social volume for bitcoin is seeing its highest spike since August 1st as well after a modest positive 3.9% push.

One trader is now targeting $13,350 next as the “ascending triangle in BTC” has been confirmed.